So after partying all nigh saturday we went up early on sunday to pack up our stuff and start heading to the marina. We cruised along the houseboat with 2 wakeboardboats and everyone shredded like crazy on the flat water. I remembered what everyone had told me and put on tons of sunscreen and I still got burnt. It felt so good being back on the water and we shot a lot. That night we stayed in the houseboats playing drinking games and the next morning my core muscles were sore from laughing.

I’ve met so many cool people this weekend. The stoke that was in the boat just inspires me to ride and the stoke on shore makes me pumped on my life!  Can’t wait to go out next time!

While waiting for some pictures on my memory card I’ll give you a sick girl-shredder to get inspired from! Sophia Reimers

So, I’ve already shown you my room, here’s the kitchen. So far my roomies have only found one gross bug and a snail in here but it just makes me feel less lonely 😉 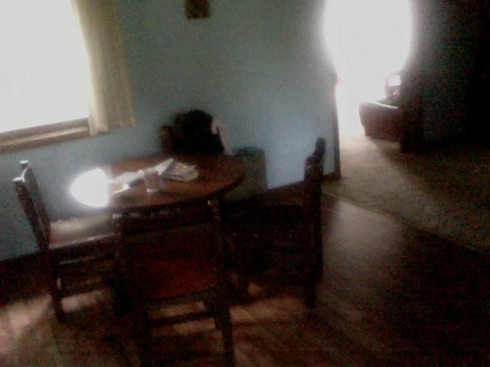 Since I’m lazy and dont have my memorycard you’ll have to be happy with my photobooth camera (:

After staying friday night at Johnno’s friends, playing pool and shooting guns we went up early saturday and drove down to the sight while everyone worked on pronouncing my last name in the car. I ended up being named “Duplay” and we worked a couple of minutes setting up the Deja Vu tent before it staret to pour rain. Since I hadn’t been on the water for a month I didn’t care so as soon as we had a little gap in the weather my friend Mitch took us out on his boat and I had such a fun set! Then the other guys in the boat grabbed some sets too and it started pouring again. One of the guys, trent, had brought a drink out and I still laugh for myself when the picture of him in shorts and sunnies explain that his red bull/jäger now consists of 50% rainwater. I met a whole bunch of Mitches’ cool friends who were all staying on a houseboat and when the rain started pouring again we chilled inside waiting for it to stop and as soon as it did we went out again. After a couple of sets I was pretty beat so be started a game of poker. Now, everyone in my family knows how much I hate losing but this time I was so close to win! haha fun game anyways and time flew by.

Soon it was night-time and we started the drinking games instead. After a while of kings cup people from other houseboats started coming over and after a while we went to the, in lack of a better word “dj-area” where people were throwing it down to sick tunes in their flipflops. I was thinking about going barefoot but Mitch told me to put my shoes on since there might be broken bottles on the ground. Then he didn’t take his own advice so a couple of hours later sure enough he stepped on a broken bottle and started leaking blood like a broken milk carton so we all freaked out a bit. Since myself and one of the American dudes had a couple of coronas ourselves when this happened we felt a bit unnecessary standing looking at everyone else patching him up so we decided to go back to the party where we stayed until the DJ stopped playing around 2 am. Then we moved the party on to another house boat and let’s just say I have plenty more numbers in my phone book now!

Oh, and I don’t have any pictures from the weekend yet but I do have the pics Niclas Magnusson shot when we went to Denmark a while back so to make this post look better I’ll throw them in! (:
(Click on them to view them bigger) 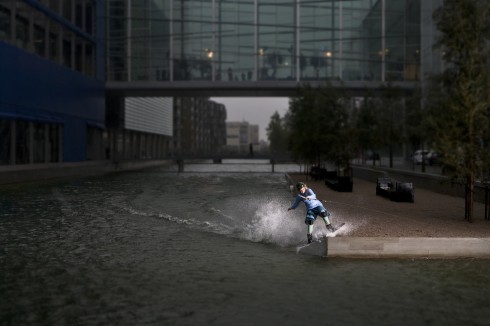 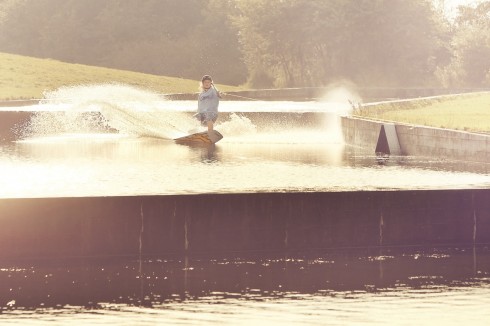 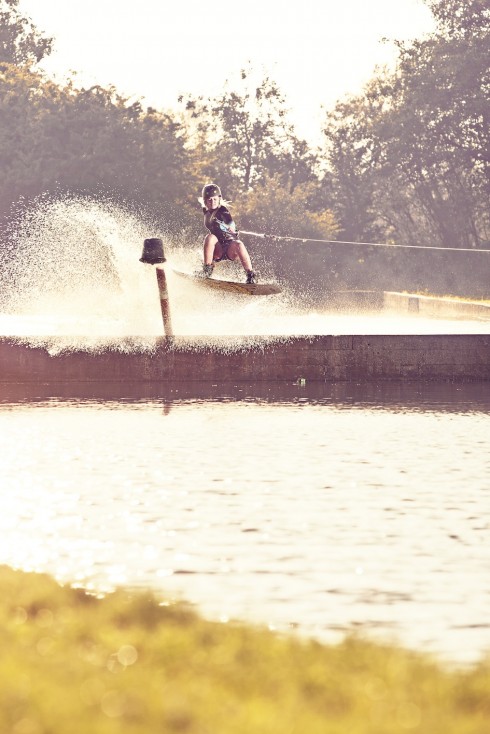 Hey!
Sorry for the days of no blogging, I’ve been living on a houseboat without internet for the last couple of days. Just got back from an awesome weekend at Doonstock, a wake-event similar to Liquid Force’s Brostock in the States. Basically a bunch of people who love wakeboarding and drive their boats up to the same spot and then just ride, ride, ride! I wasn’t supposed to go up there but I then the plans changed and I’m so stoked they did! Johnno (who’s the reason I’m here in Australia) picked me up on friday night and we drove the 3 hours there. That night we stayed with his friends out on the countryside and being a city-girl I thought that was an adventure! Saw my first Kangaroos jumping along the car and got super excited!

We stayed with his friends out there and just chilled that night. They thought it was pretty funny that I got so excited about their everyday life so we went for a night-hunt where they tried to shoot some rabbits for eating. I fired my first gun! (Not on a rabbit but a target) I saw a wombat, so many kangaroos and lots of rabbits. Since we were out in the bushes we had to use flashlights to see and look for the reflection in the rabbits’ eyes. One time we saw a huge pair of eyes and someone went “there’s one over here” but then he got answered “no, thats just a spider”. Then later that night I found a dead one of these in the bathroom….. 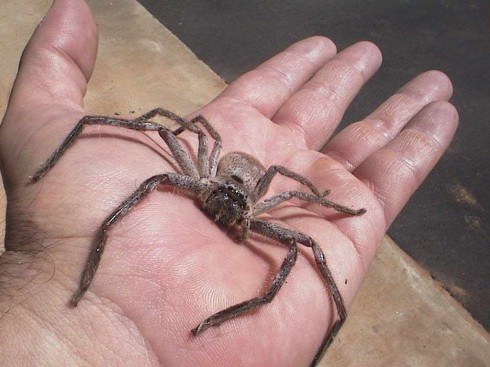 I feel like I have so much to tell about Doon Stock that it will take several blog posts. I can tell you this though, unfortunately I don’t have any pictures yet since I met two awesome dudes from the States who wanted to make an edit with me so they used 3 GoPro’s and one super camera to film and therefore have my memorycard. I bet the upcoming film will be sweet though!

Hold on, got to grab some food, will write another post soon! (:

Sorry about the Swedish, conclusion from this post/day: Melbourne city is awesome and I did not buy shoes! 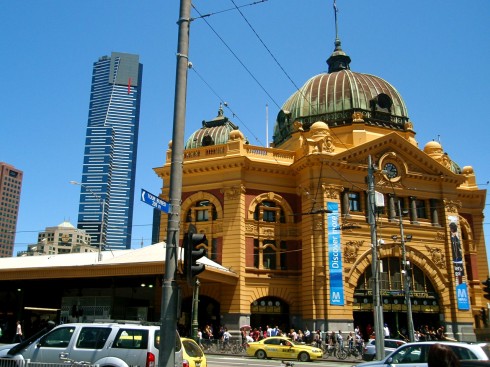 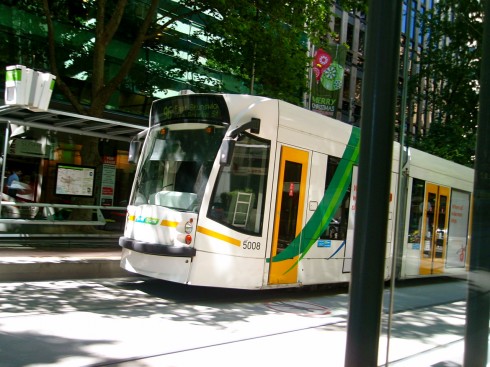 Got a worried e-mail from my lovely sister that I haven’t been blogging for a while and she was wondering if I was okay. Guess that says something about me and my blog? 😉

I’m great and I’ve just been really busy these last couple of days getting introduced to my life here. Today is my first day off so I’m going into the city to cruise around. Just wanted to show the people in my life who don’t think that I can keep my room tidy enough to see the floor: Check out the floor-space in my Aussie room! 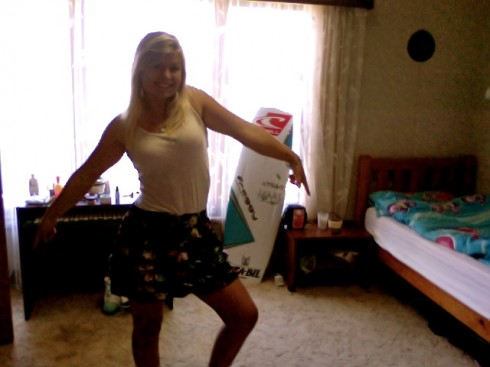 A little bummed that I wasn’t at Winter Jam this year. Specially since I still haven’t been wakeboarding. I borrowed this picture from Jon Olsson and hope that it was as sick as I’ve imagined it.

I feel so grown up right now. It’s a saturday night and I’m staying in studying for my upcoming SAT test which I’m taking for maybe going to collage in the state next fall. Went by Ian’s store today for the first time and it was pretty sweet. I think I’m going to like it here and tonight I might get access to a car too! Again today, it was crazy weather but in the form of cascade rain all day so I didn’t mind being indoors. Going crazy looking at my wakeboard and not riding though! Hoping to change that ASAP. Well going back to my Chai tea and books…

Check this short edit out from my friend Caro Rodriguez, makes you really want to ride!

I met Caro a couple of years ago when we were both riding with Adam Fields in Orlando and she has really progressed since then! I love to watch her ride 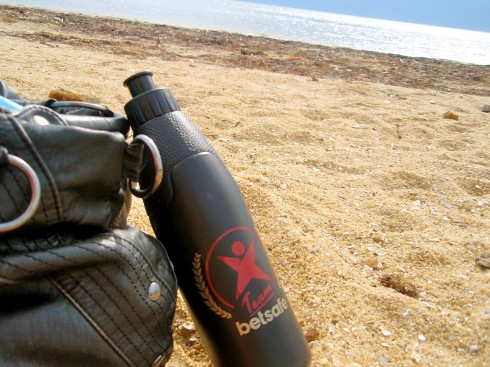 I worked on getting settled here today. Went with my new room-mate Rachel to the stores and got my aussie phone number, bank account and some groceries today. Me, Rachel and her boyfriend Alex are sharing this small house. It belongs to an old lady who’s now in a nursing home so it’s a nice house just a little bit.. um.. old? I have my own room and it smells a bit weird so today I bought scented candles to make it smell like vanilla instead. After all this I went by the beach (which is about a 20 minute walk from where we live) and just chilled in the sand, watched the water and thought about Antarctica. Then, out of nowhere from being super sunny, it started to pour so our plans to go wakeboarding this afternoon got cancelled. Still though, I’m super jet lagged so working on that tonight instead.

Cheers! (as they say here) 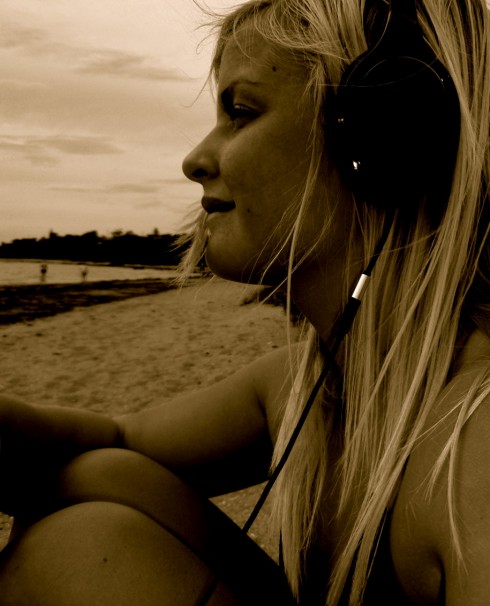