I landed in Frankfurt and after a bus and a taxi ride checked in to a hotel with Dylan and DC. After a good nights sleep and hotel breakfast (I LOVE hotel breakfast!) we got picked up together with Sam Carne and driven the 2 hours to the site.

Once there the Chillin’ begun and we had a day of getting sorted in out tents (everyone knows how much I love camping, haha) but luckily the weather was nice and dry and fairly warm. We spent the day hanging in the sun and Daniel, the main organizer, hooked us up with a Mastercraft X2 to ride behind. The rest of the riders arrived too and most of the biggest names in Europe were there. Like Domenic Hurnler, Nikita Martianof, Sian Hurst, David O’Caoim and Lucas Langlois. We all chilled, had some bratwurst for dinner (well except for me since I don’t eat meat, I’ve mostly been living of bread this week-end). 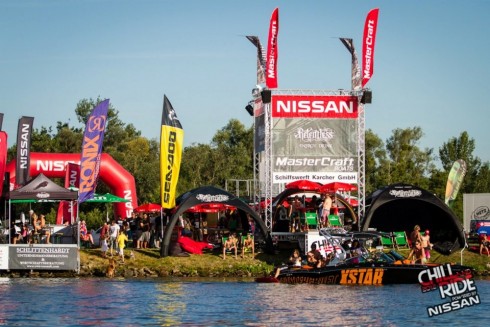 Part of the event venue

The next day the contests started with the amateur men division and the wakesurfing. To be honest I’ve never thought wakesurfing is the coolest sport in the world but after watching the girls throw down, I have to say, hands down. We kept chilling that whole day too and then enjoyed one of the big afterparties later that night. 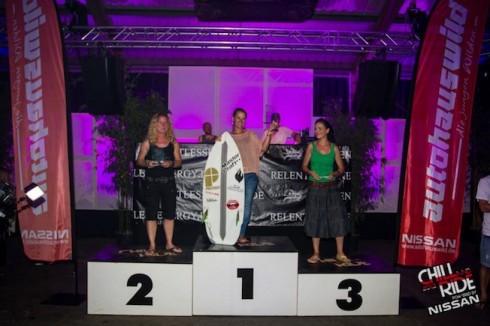 The contest didn’t start for real for us before the saturday and then we rode the team challenge. This was the most fun I’ve ever had in a contest since the format was really special. Instead of the usual one where everyone rides with the same boat and it takes a long time to swap over riders, we now competed with a boat. I was lucky enough to get put in the 2013 X-star (the same boat who drives the pro tour) and even luckier to be in a team with Dylan, DC and Lucas. All of us coaches or sponsored riders at Xtreme Gene! We were up agains the other boats and the guys killed it! Such a great time cheering on, having your friends in a boat and getting scored on the overall impression of the team. 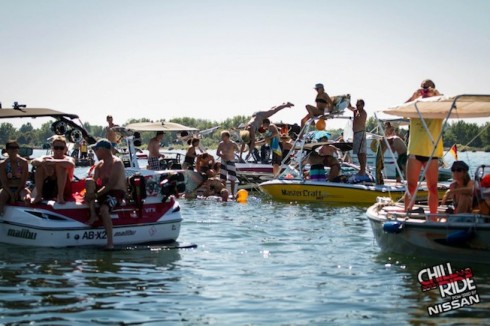 When I rode though, I was a bit overwhelmed by the X-star wake (since we didn’t get to practice before the contest) and crashed on one and a half tantrum my first trick. I managed to get a few tricks in before I crashed a second time on a one and a half frontroll. Still super happy we all went for food and drinks at the prize ceremony and when they presented the results it showed that we had won!! A great feeling to be on top of the podium with some of my best friends in wakeboarding. Later in the afternoon I met up with David Vervennen, his girlfriend Katja and their friends and went boarding and surfing behind his Electric Malibu! Environmental friendly and all! So much fun and they were so cool to me, thanks a million for that awesome evening! I came back in happy and cold about when the sun was about to set, grabbed some food with the rest of the guys and then went on it again. 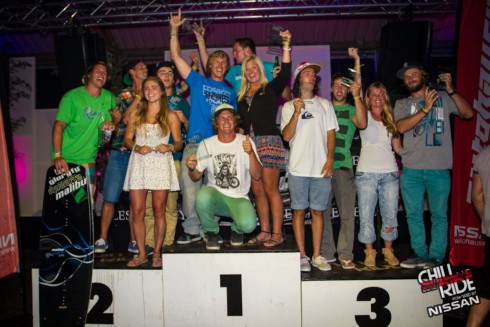 The party continued that night and after yet another rough nigh in a tent sunday morning was upon us. This was the day for the big contest but since it’s called Chill N Ride, it didn’t start til way after noon. First up was us girls and I had a great semi- run where I landed most of my tricks. So did Sian Hurst but I ended up winning the semi heat and therefore got the advantage of starting last in the finals. Unfortunately Sian fell on a backroll (a trick she usually does in her sleep) and after smashing some tricks in she took a second fall. That meant that I shouldn’t have to be too nervous since she didn’t ride her best but for me, that’s sometimes even more nerv wrecking. Since I didn’t have to land more than 4 of my tricks my head starts going “Yeah but what if you don’t even do that” and my knees start to shake. So when I rode my pass I got my first 2 tricks dialed and then, I fell on a backroll. Same thing happened to me as to Sian! I was so nervous I was going to fall again before I had landed the 2 more tricks I needed but I tried to shake it off. The actual contest was done in the same format at the team challenge, that ment that I still had the X-star with DC, Martin and Parks in it instead of a bunch of judges so that made it feel less like a contest and more like a fun time out in the boat. I managed to scrape a few more tricks together and it was enough to take the first place! Sian came second and Davids girlfriend Katja came third. 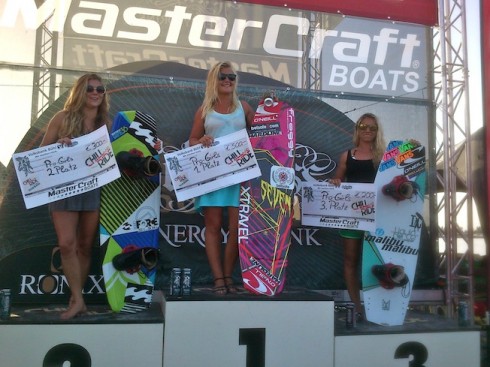 The mens finals was so sick with the best riders in Europe and it was such a close call between David O’Caiom and Dylan for the first spot. In the end David won it, Dylan came second and Lucas third. Again, a sick podium for Xtreme Gene.

A big thanks to all the organizers, riders and crowd for a fun event. And to the main sponsor Nissan for lending us riders a car when we were there so that we could get food and sleeping bags (:

See you next year!