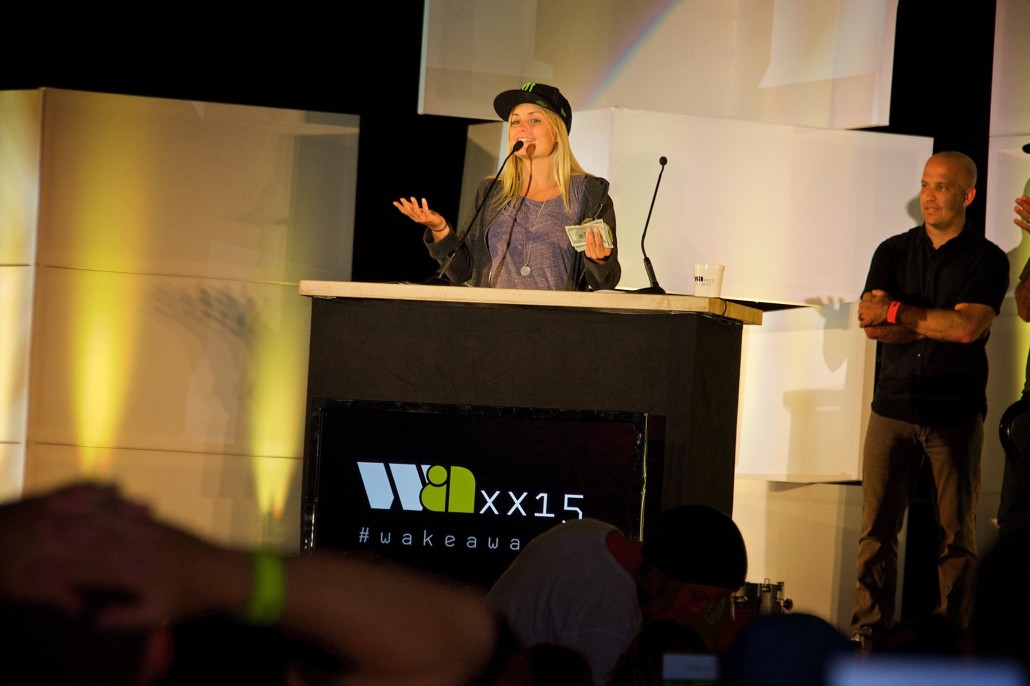 This past weekend I flew out to Orlando for Surf Expo and the Wake Awards. Its always such a fun time of the year as people travel from all over the world to be there and you get to catch up with friends you haven’t seen in ages. This year I knew my Double half cab roll would be in the mix of tricks submitted for trick of the year so I was a bit nervous when the 2015 Wake Awards started. Being kinda new to the WWA scene I’ve always been a bit shy at contests and events like these so as I took my place next to JB way back at the awards I had little butterflies in my stomach. I had a feeling that the award was going to go to Anna Nikstad, who earlier this year became the first female rider to land a Pete Rose 540 but a little voice inside my head kept wishing it would be me. As the rolled the “Trick of the year-reel” I saw Annas and my own submissions next to Angelika Shrieber and Meagan Ethell and I was actually pretty proud just to be up on that big screen.
As of in a dream I heard my friend Ben Greenwood up on stage saying (in my head it was slow motion) “and the winner is.. my girl Carro Djupsjo!” followed by JB’s voice in my ear “Holy crap, you won! Get up there”. Making my way through the crowd to get into the VIP section my knees felt like jelly and as I came straight from the expo I felt a little out of place in my torn jeans and sneakers next to the high heels and dresses. I got big hugs from Ben and Aaron up on stage and ramled a thank you speech I barely remember. I still almost can believe this as it’s been a career long goal for me and the night got even better as I got to share it with the “Male best trick” winner and my friend Cody Hesse for his triple flip!

All in all, expo was so much fun this year and thanks everyone for your well wishes!!  See the full results of the awards here: LINK 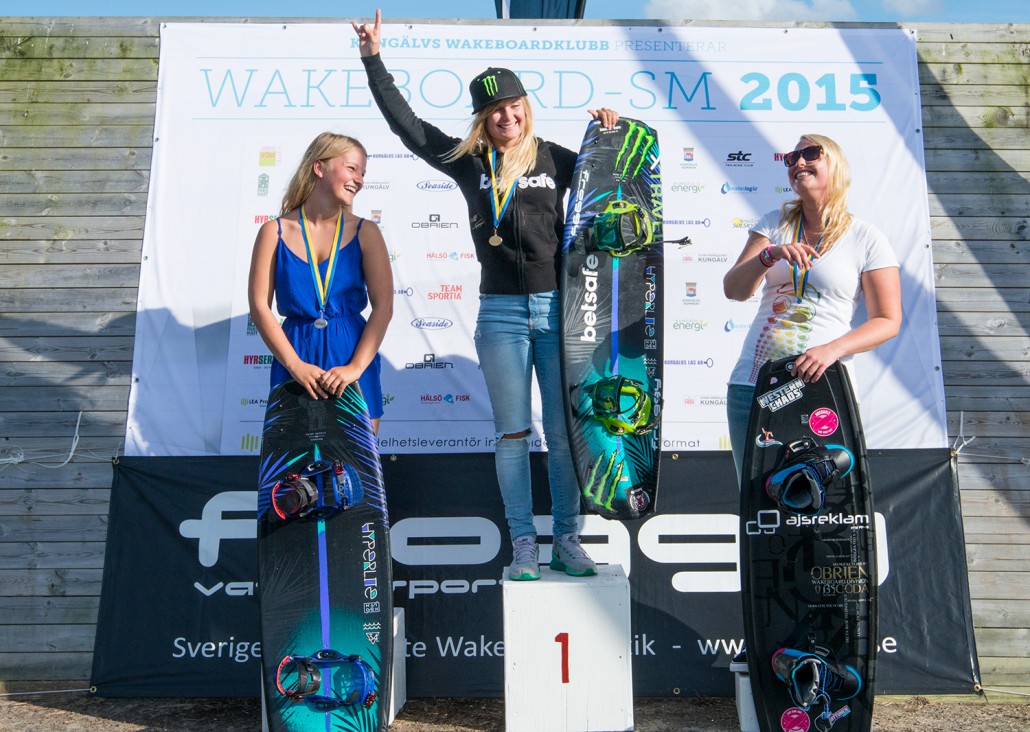 Had the best weekend in Kungälv för the Swedish national and ended up taking my 8th straight national title! Besides riding in this event I was also acting Chief Judge and it definitely made me grow some experience. Big thanks to the organizers for putting on a great event and to all the riders and judges, see you next year!