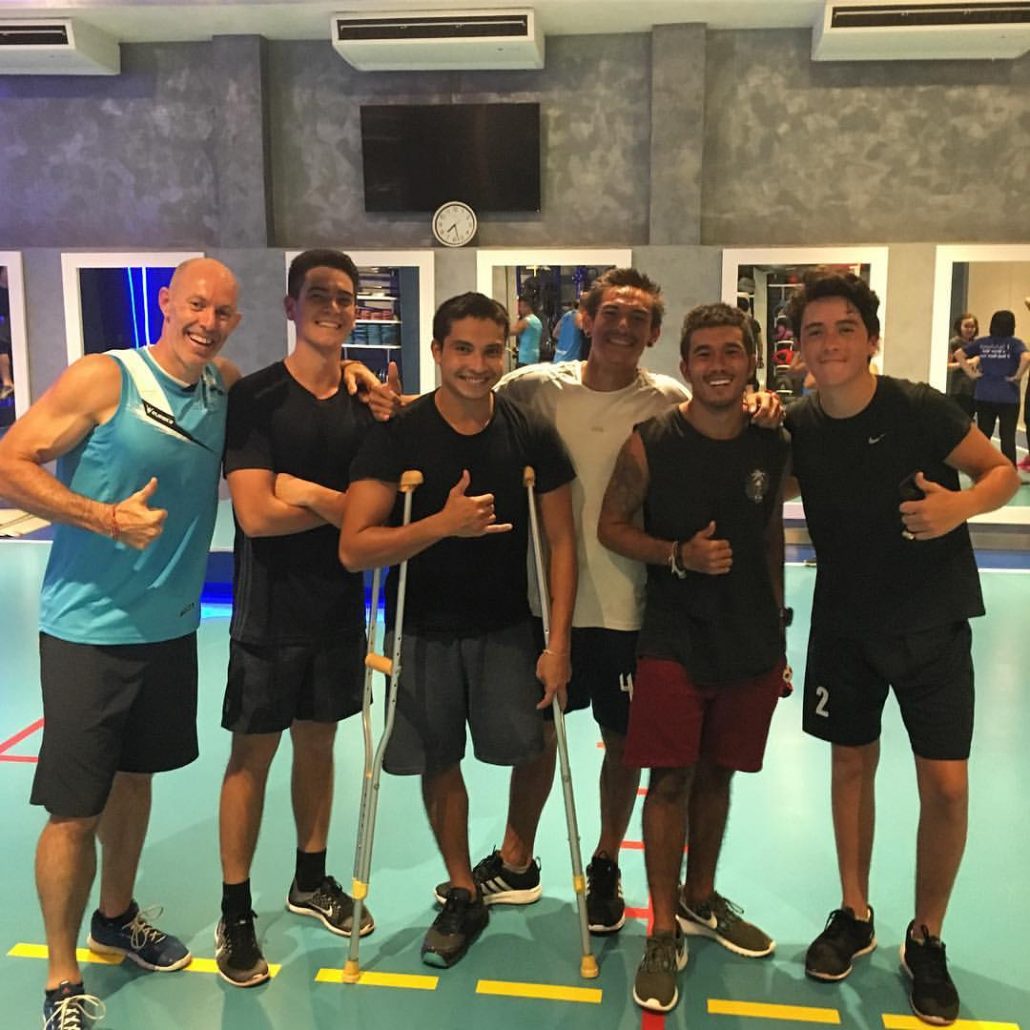 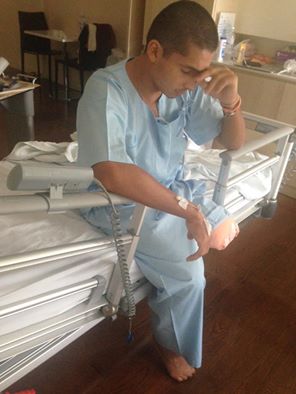 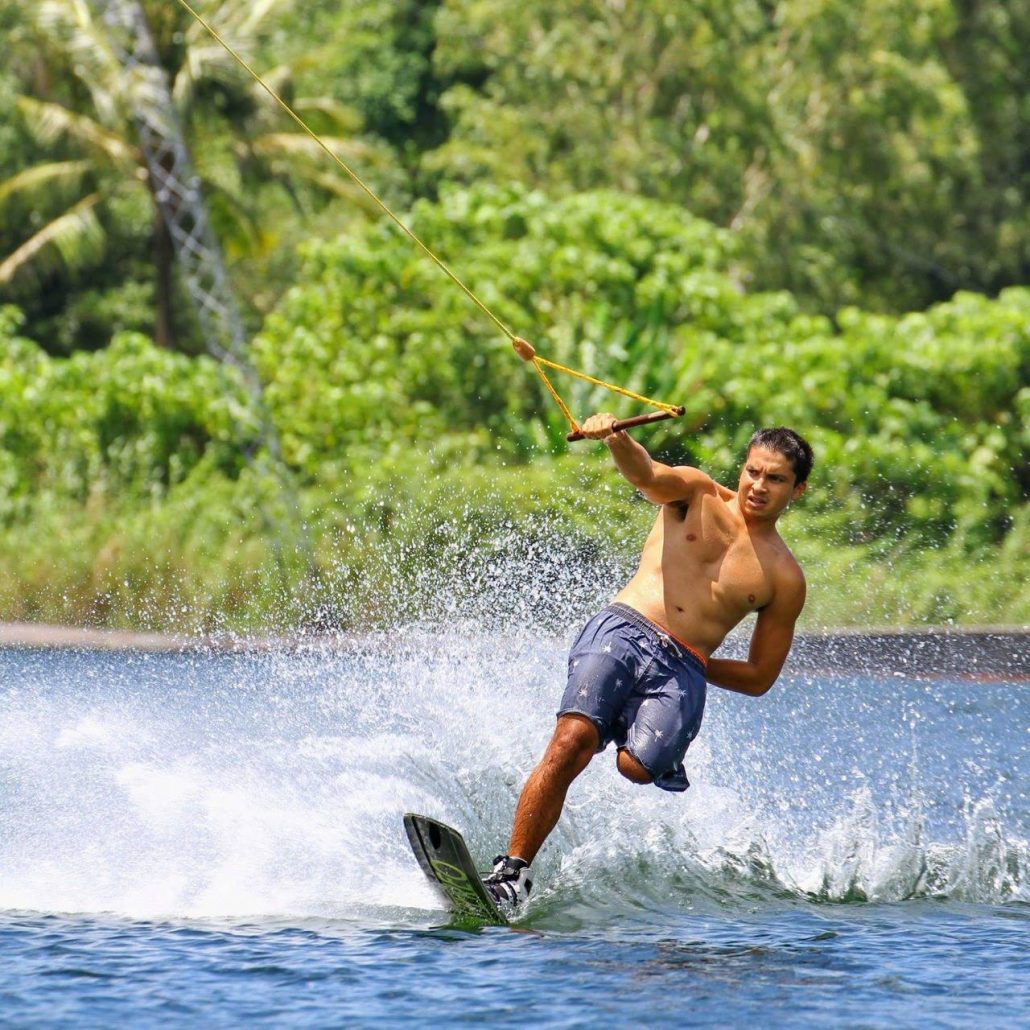 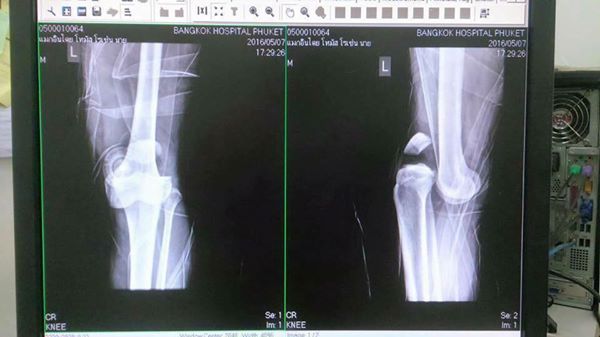 In May 2016 Mackie Rosen took a life changing fall in a wakeboard competition, dislocating his knee, tearing all ligaments and causing severe artery damage. The limited supply of blow flow to his foot caused a life threatening situation and Mackie had to have his left leg amputated.

There are no words to explain Mackies courage and strength, but the videos of him doing his physio exercises merly days after this injury and his ability to try and stay positive when his life has just been turned upside down might say it all.

Our goal with this page is to help Mackie finance a prosthetic leg that can get him back on his wakeboard! We have found a suitable leg (that will have to be able to handle the impact of wakeboarding and function to a higher standard) for 14 000 USD which is where all the money raised for this donation will go.

I know Mackie will do everything in his power to get out on the water again, now it’s time we do our part! 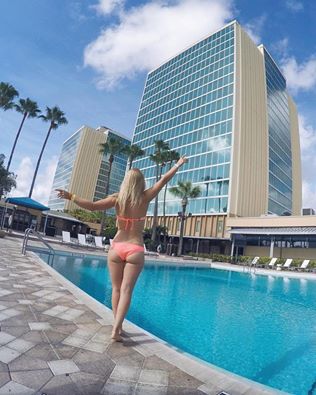 For one week I flew back into Orlando to meet up with all my friends who travel to Florida for the Surf Expo. It’s always fun to see the new product and all the people I’ve barely seen all season so without hesitation I decided to skip one week of university (I just started one semester at the Stockholm Business school). Keep your eyes peeled on the Slingshot Wake website  the coming days for the release of the 2017 line! Here’s a sneak peak of the women’s boards the new Valley and the Pearl! 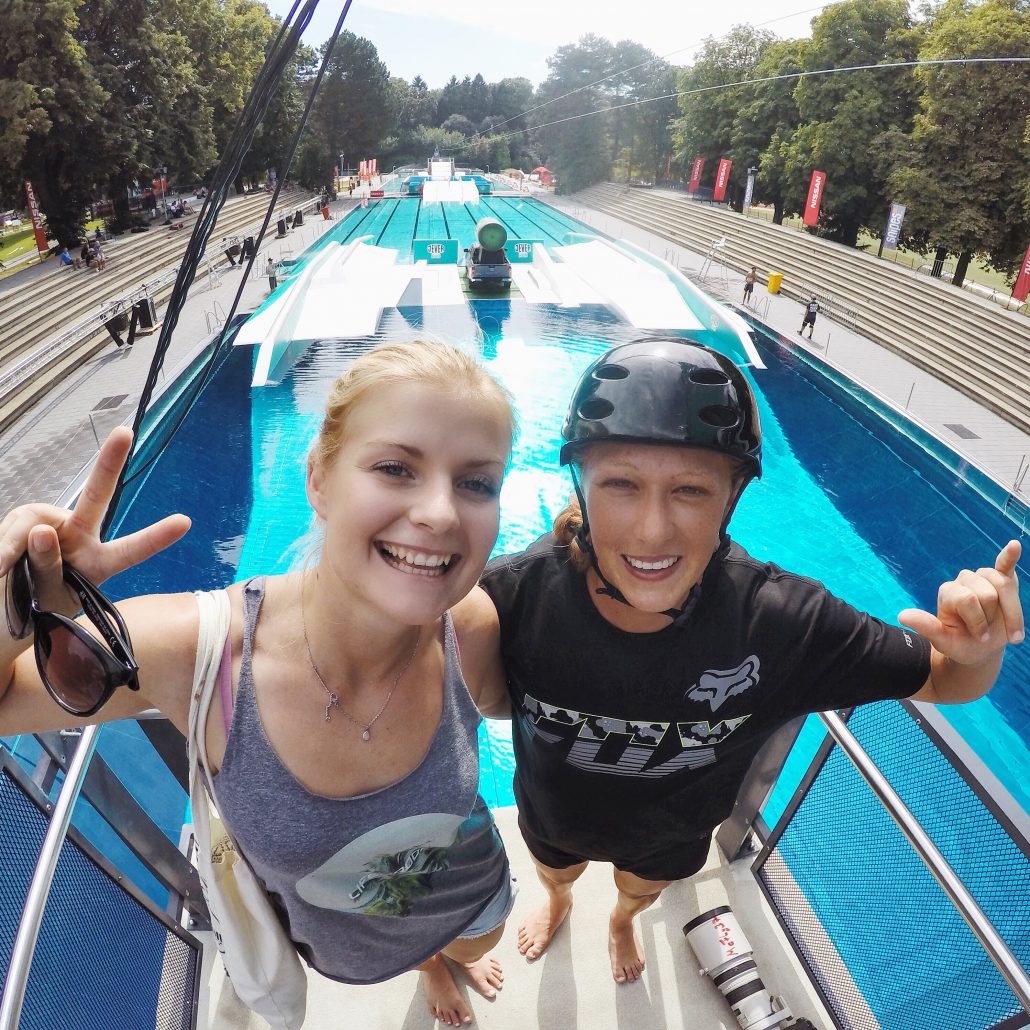 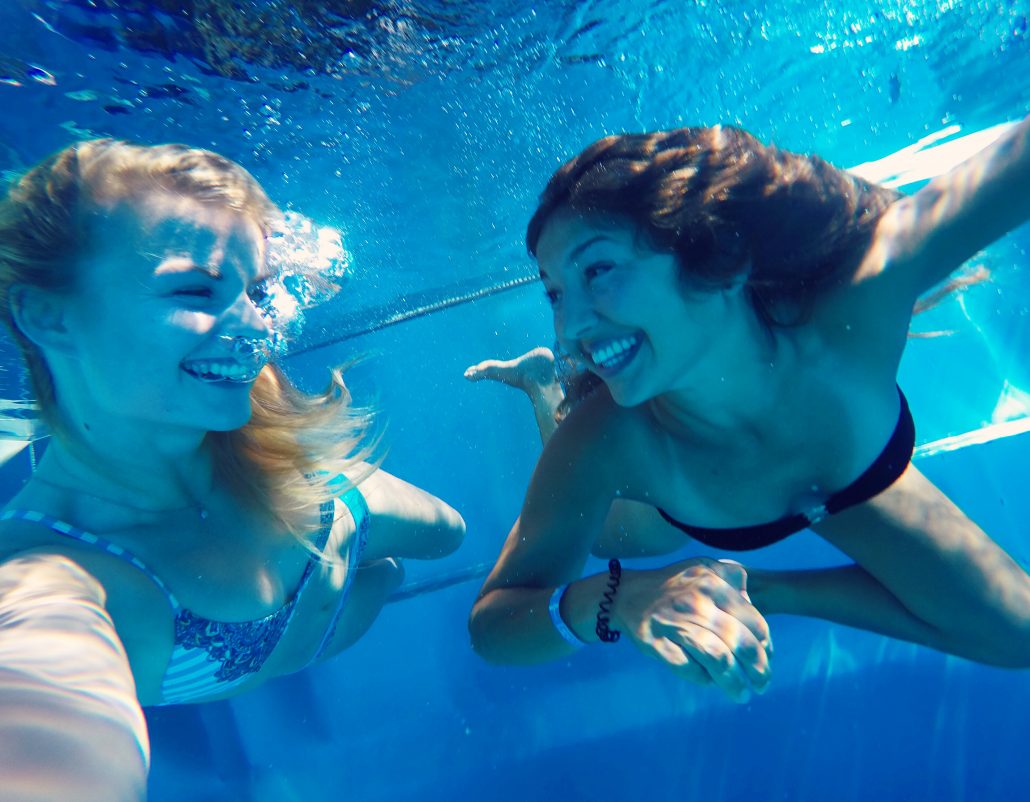 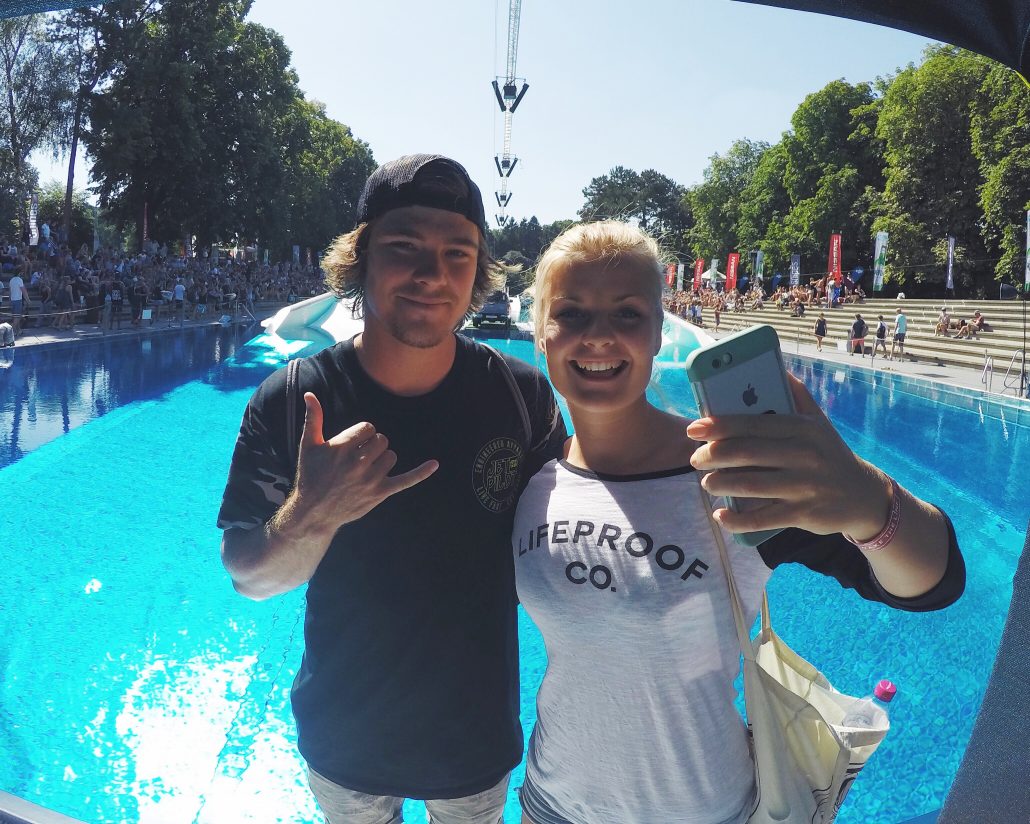 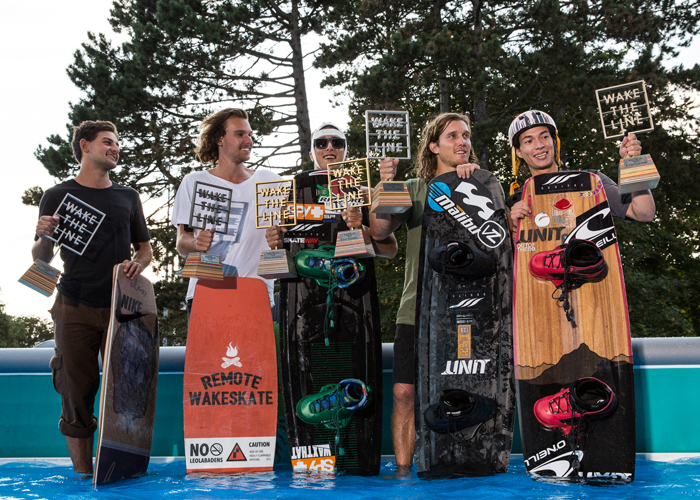 Almost a decade ago I came across the images from the first Wake the Line event. It almost made me choke my coffee as I saw the huge arena with rails and kickers some creative soul had put  in the local swimming pools! I remember being amazed and watching the event for a lot of inspiration before I arranged my very first own competition, the “O’Neill Wake Up Stockholm”. Now the event is probably the most established rail event in the world. To quote David Vervenne from Unit Parktech and the setup designer ”Riders drop whatever they are doing to come to this event. It doesn’t matter if they had other plans, an invite to WTL clears their schedule”. A statement proven by the fact that this year WTL was being held the same weekend as the WWA boat World Championship in Toronto with no rider turning down the opportunity to compete against the worlds best rail riders in Cologne.

I flew into Germany on friday morning and after realizing that the three hoodies and rain jacket i packed for the event would be staying in my bag completely untouched due to the 34c in the air I got picked up by David from the airport. During the next few days he showed me around the wakeboarding scene in Germany including the cable Langenfeld and of course the practice sessions at WTL. Once there I was thrilled so see so many of my friends, especially the first ever female rider invited to compete in the event: german World Champion Julia Rick. The course looked as good as always  and talking to David I could tell how much effort and planning had been put into arranging the event. Every single detail had been thought of and all the riders I could see practicing were having huge grins on their faces and were ready for Sundays competition. When I asked around for who people thought were gonna take the top spot I received different answers every time and the most common reply was ”The setup is so unique that really it is anyones game”.

On the day of the competition a massive crowd started filling up the bleachers. Estimated tickets sold for the event were 3000 and due to the amazing sunny weather the arena was packed. I was thrilled to meet some on my german friends and fans and I hope, like they said, that I can come back to Wake the Line next year and try this setup once my knee is healed! Sundays comp showed us some insane riding and in the end the final consisted of four riders: Raph Derome (CAN), Daniel Grant (THA), Nico Von Lerchtenfeldt (GER) and Dominik Hernler (AUT). The level of riding was insane and in the end (even though he accidentally cut open his head) Daniel Grant dominated both the Wakeboarding event and the Wakeskating one! Closely followed by Raph Derome in the wakeboard finals  and Austin Pastura (USA) in wakeskate.

I had an amazing time taking over the Lifeproof Snapchat and Insta stories and hopefully I can take you back there next year as well!
Thanks for following!