It was pretty cold and raining so the blue, blanc, roughe had to act as a blanket 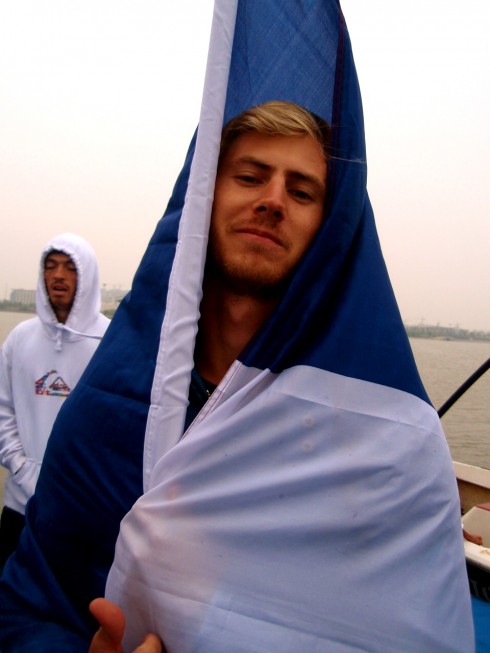 Andrew was proud to be American 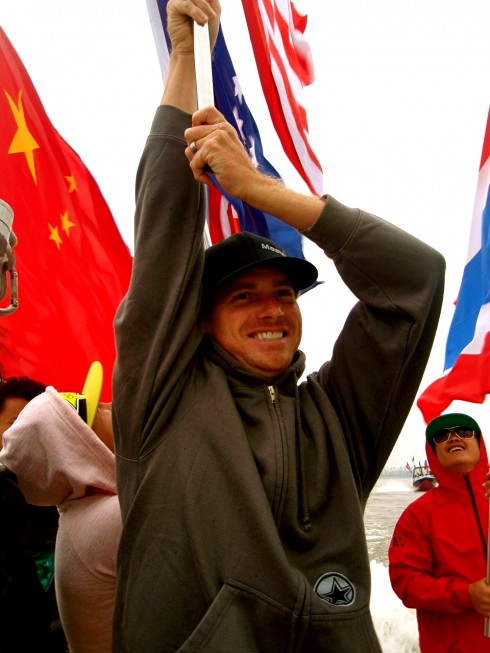 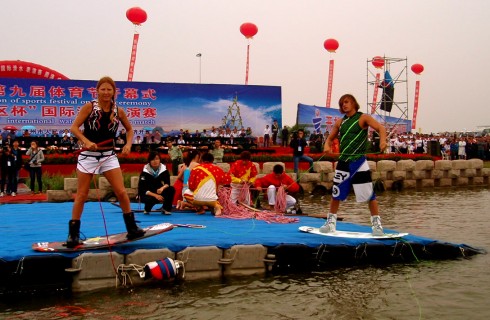 Since I broke my boot in the last World Cup stop I fixed it up with a little duct tape check it aouut. Can’t wait to get home to Froggy and get my new gear! 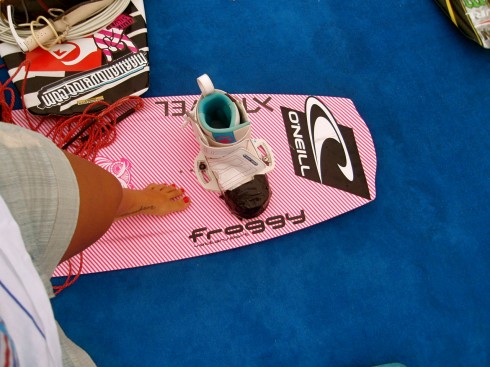 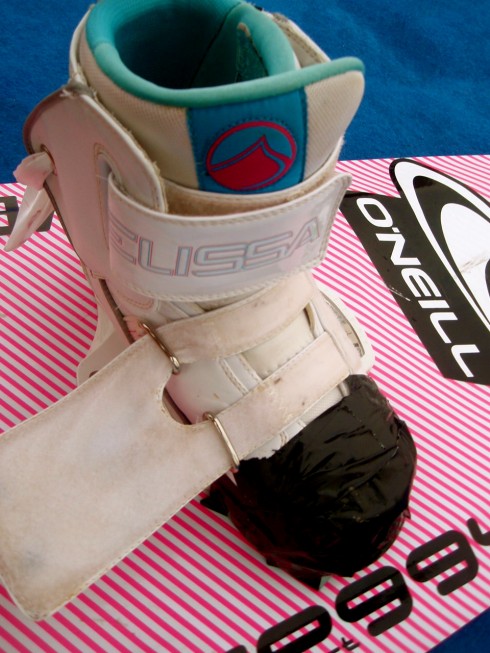 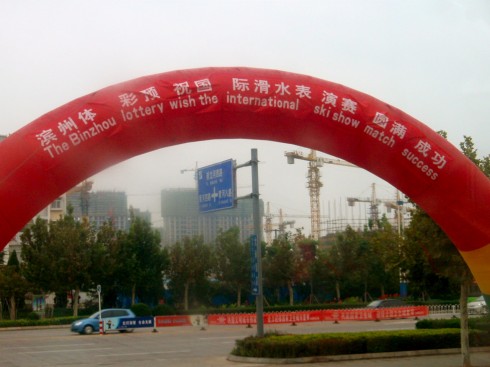 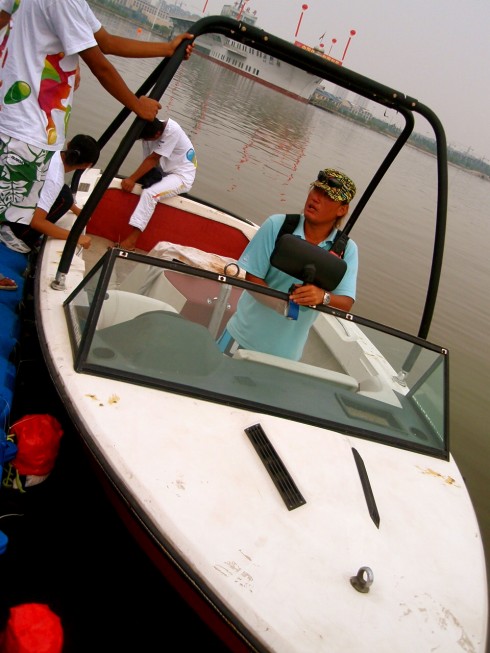 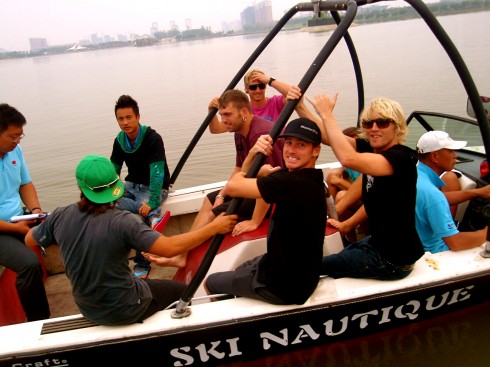 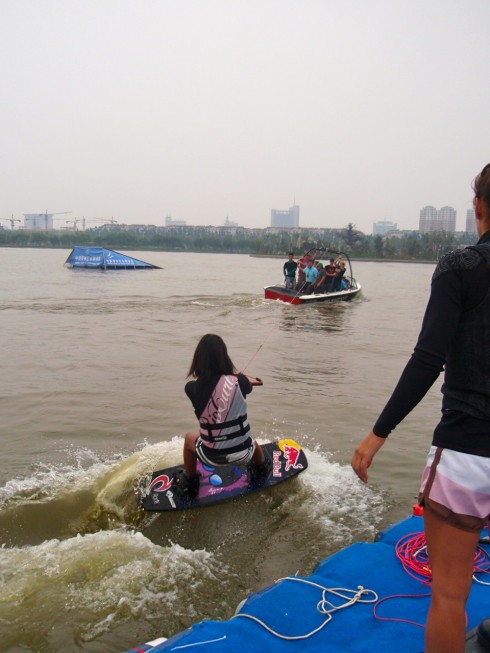 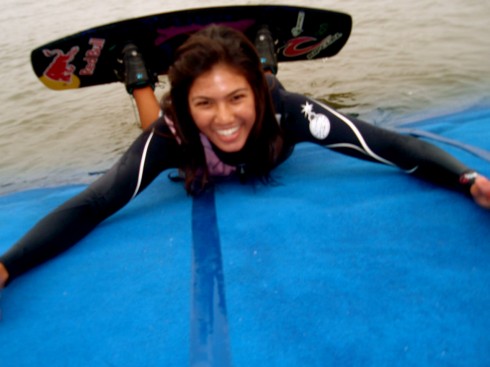 Since this city is pretty small (read, we don’t have anything to do besides the thing I mentioned in the other post in between our rides) I’ve been googeling a lot of stuff. One site I went through twice and looked on every picture and read every post is Pro Surfer Bethany Hamiltons. When she was 13 (2003) she was in a shark attack while surfing and the shark bit her whole arm of.

Even though she only had one arm, she didn’t stop surfing and chasing her dream. Today she’s pro and competes with the elite surfers. Just a little bit of inspiration for me so I wanted to share her with you. 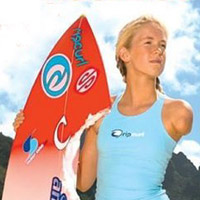 The actual board she was surfing during the shark attack

When you’re in chinese city with not that many activity opportunities so we are pretty bored actually. Last night looked pretty much like this for me Sasha, Elke and Raimi:

6.30 had dinner at the Hotel
7.00 Discovered a way to use facebook for 2 hours
9.00 Got logged out from facebook
9.01 Tried to get facebook again to look at a hot dude
9.03 Had handstrands competitions in the room
9.13 Had handwalking competitions in the corridor
9.20 Started watching Friends with Benefits cause Shaun White is in it
11ish Bed

Today we have practice at 3 this afternoon and until then, not much that’s up..

I wish our swedish news channels would broadcast wakeboarding like this