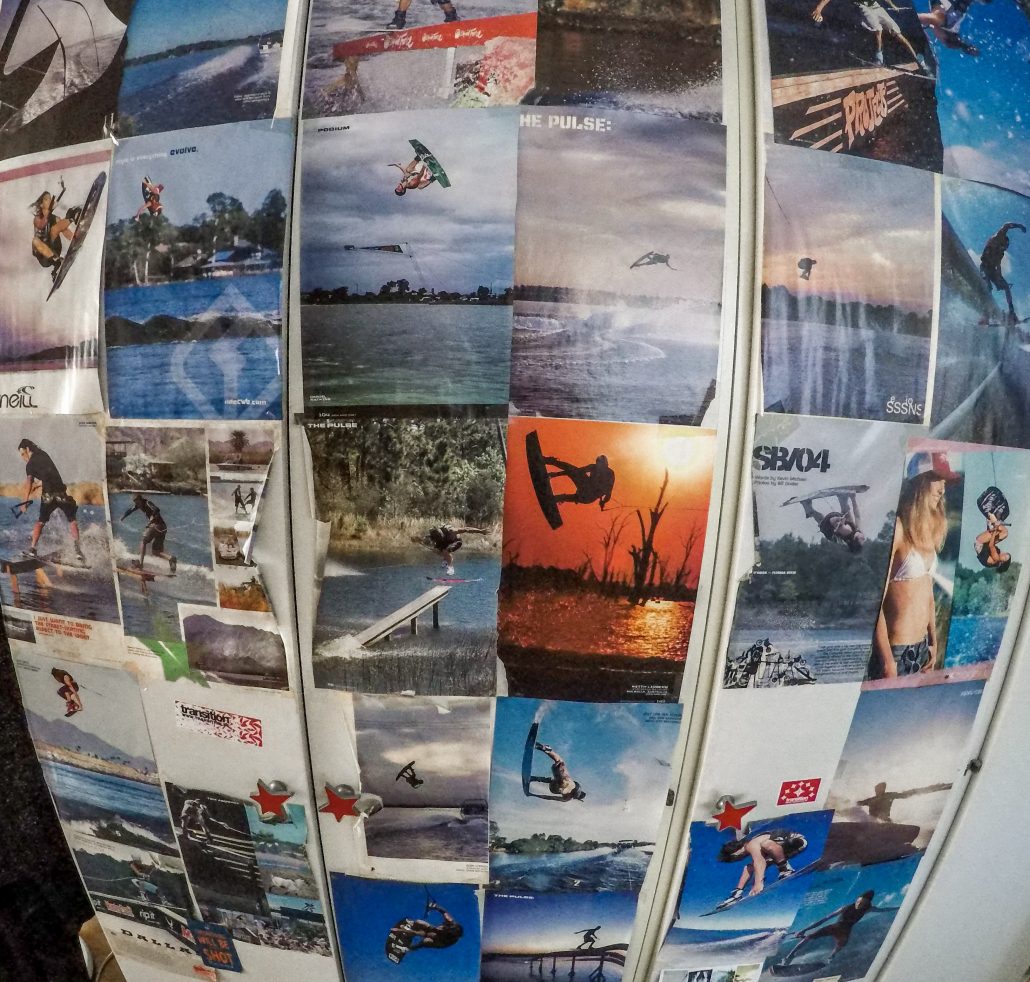 When I was fourteen years old my dad bought me my first Wakeboarding Magazine. I had just started wakeboarding and I read that thing cover to cover, completely amazed by the crisp photographs of these athletes going bigger than I though was possible. Those athletes quickly became my heroes and I could not wait to grow up and be just like them. After waiting carefully each month by the one shop in Sweden that sold international magazines and paid the $10 for each new copy of Wakeboarding Mag the first thing I would do was to flip through the pages, searching for the female riders. And there they were! Leslie Kent, Cathy Williams, Will Christien, Amber Wing and my biggest shero, Dallas Friday. My heart would fill up with pride that those girls were out there and in my eyes, their pictures were even better than the guys!

I would rip out my favorite pictures and post them on my wall. Every day I would watch my shero’s and female role models and I promised myself that one day, this is where I was going to be: determined, brave, hard working and respected. Just like those women on my wall.

Now, 10 years later, I know what it is like to be amongst the top Women in wakeboarding. I compete against my sheroes and I’ve worked with several of the photographers taking those beautiful and crips photos. I work with some of the biggest brands in the industry and I compete in world events. Unfortunately the life of a professional female wakeboarder isn’t at all what I imagined it would be.

In my career I’ve been faced with events I was not ready to face. I was so excited to be doing what I love and so sure that if I just changed one way or the other, I would get all the sparkly promises I had dreamt of as a kid. If I could just get a little bit better the magazines would start publishing my photos, the sponsors would sign me with good contracts and the media would start covering my achievements. Any day now! But no, my reality did not turn out that way.

Luckily for me, social media exploded right before my wakeboarding career started and me and my friends could create our own stories. Facebook, youtube and instagram made it possible for us to promote our own personal brands as the magazines would not do it for us. The amount of women getting published kept on dropping and contests like ”Miss Wakeboarding” where girls were portrayed in their bikini’s and voted on by their looks kept claiming the attention of my beloved industry. That is until Wakeboarding Magazine took responsibility and last year decided to make a change! Besides killing their ”Miss wakeboarding” competition they dedicated a WHOLE ISSUE to the women in wake!! The 14 year old me would’ve been dancing down the street!! Finally the largest magazine in Wakeboarding decided to support the female athletes for real and for that, from the bottom of my heart, I thank you Wakeboarding Magazine.

It’s not only the media where female wakeboarders get neglected. I have so many stories that I don’t know where to start. From the time a judge in a world event slapped my butt not only on one but on two occasions while I was nervously standing on the starting dock to the time a company told me ”But Carro, you are already getting paid a lot for a female athlete, why would you think your salary deserves to be equal to the mens?”. But my point isn’t just about smack-talk, it is much more important than that.

Women in sports are raised to tolerate being treated differently than their male colleagues. And we happily accept it because that is all that we know. Here is my message to you: It does NOT have to be this way. The thing is WE have to be the change. We have to create the events, we have to write the stories, we have to take the photos and we have to stand up for ourselves. In these digital days we all have the power to make our voices heard and it is now more important than ever for companies to keep their following happy. Words like ”prosumers” are being frequently used in marketing and shows us just how much power consumers really have.

The change is just within our reach and with the help of good people in companies working for fair sponsor deals and equal media coverage we will get there! And the good people are out there, we just need to help them to CHANGE THE CONVERSATION.

My hopes and dreams are that my niece will get to grow up in a world filled with Sheroes on her wall. Sheroes that do sports, politics, business and science and not only get judged by their looks.
(All rights reserved carro@wakecarro.com)

9 Replies to “THE REALITY OF A FEMALE WAKEBOARDER”