Check out this interview Betsafe did with me for Expressen and the JOI event a few weeks ago. Click the picture to read the whole thing! 🙂 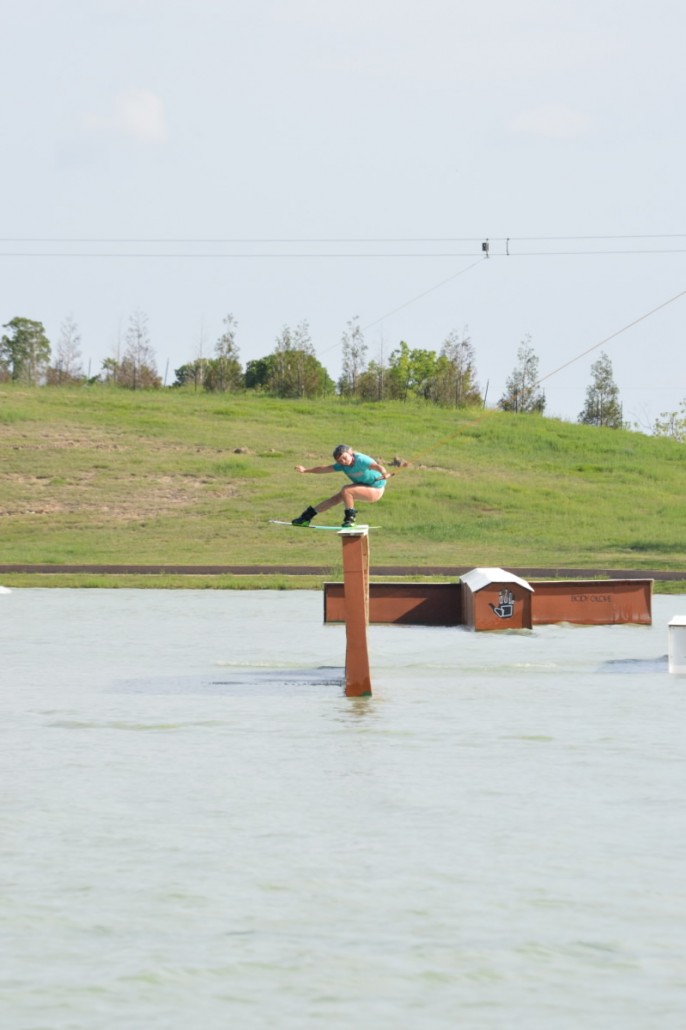 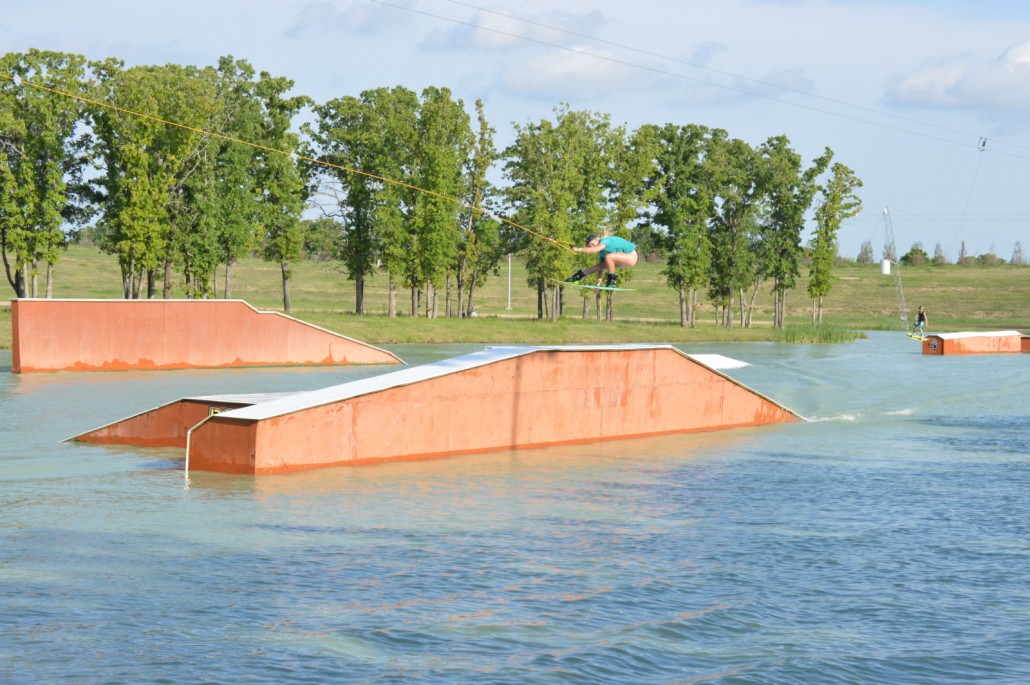 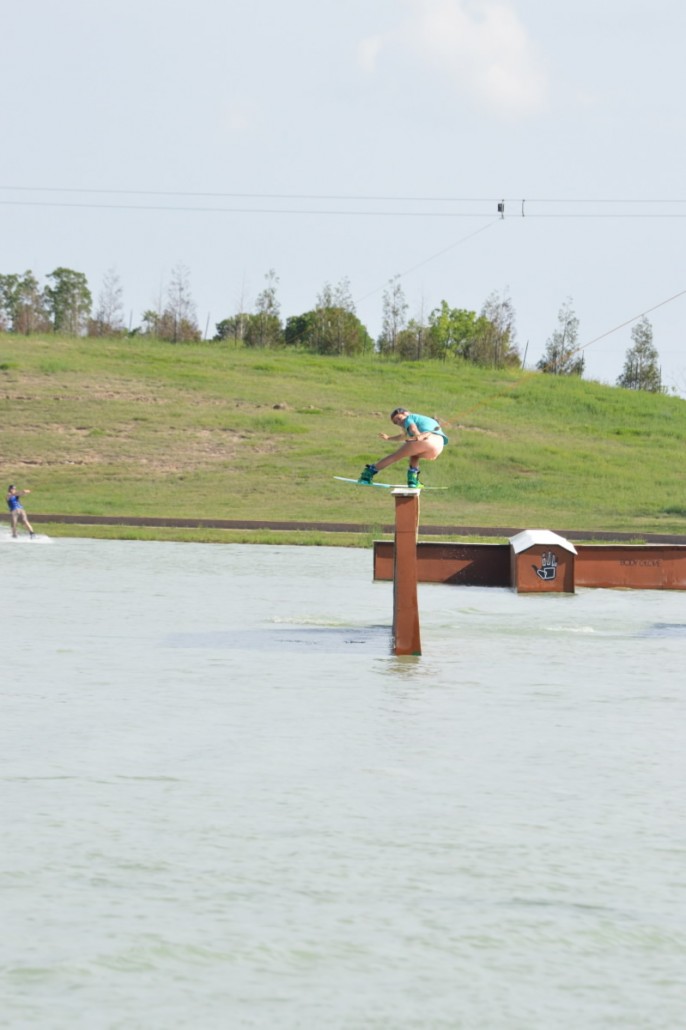 So Greg Nelson from Hyperlite snapped these shots of me at BSR the other day and some of my very kind friends have pointed out that it looks like I’m naked… I just wanted to clarify that I AM NOT naked, I’m just wearing skin colored shorts that makes me look like I’m going “Ankeborg” as you would say in Sweden.

Besides this little issue, I thought the pics turned out really cool and I can’t wait for next weeks photo shoot! 🙂 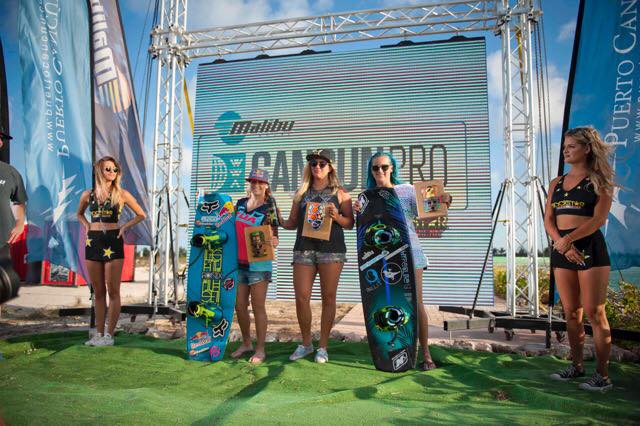 Even though I didn’t make it to Cancun for the Malibu Pro event, due to rather staying in Texas and working on my riding, I was following the whole event through The Wakeboard Site. I was so stoked when the results rolled in and I saw my friend Nicola Butler take home the gold!! So proud of you chick, such an inspiring rider and friend!

Congrats the rest of you girls killing it too, Dallas and Raimi for 2nd and 3rd and Larissa my little mexican for sticking her first ever back 5 in a contest!! 😀 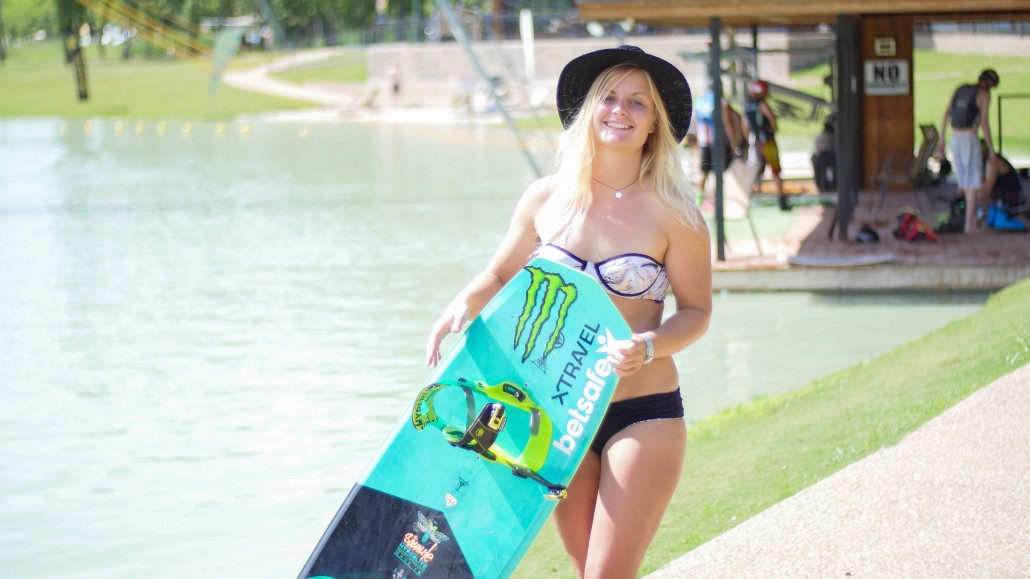 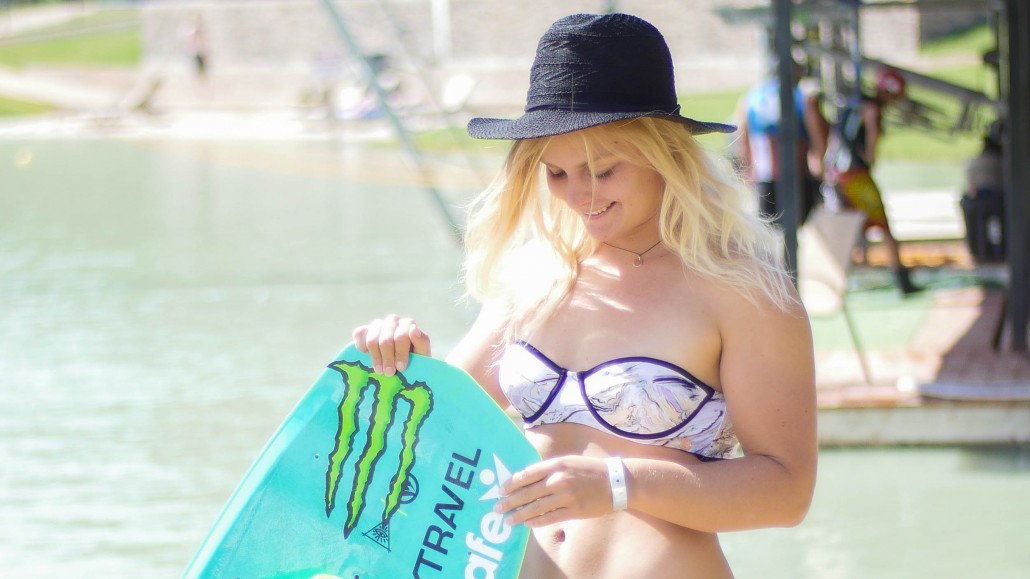 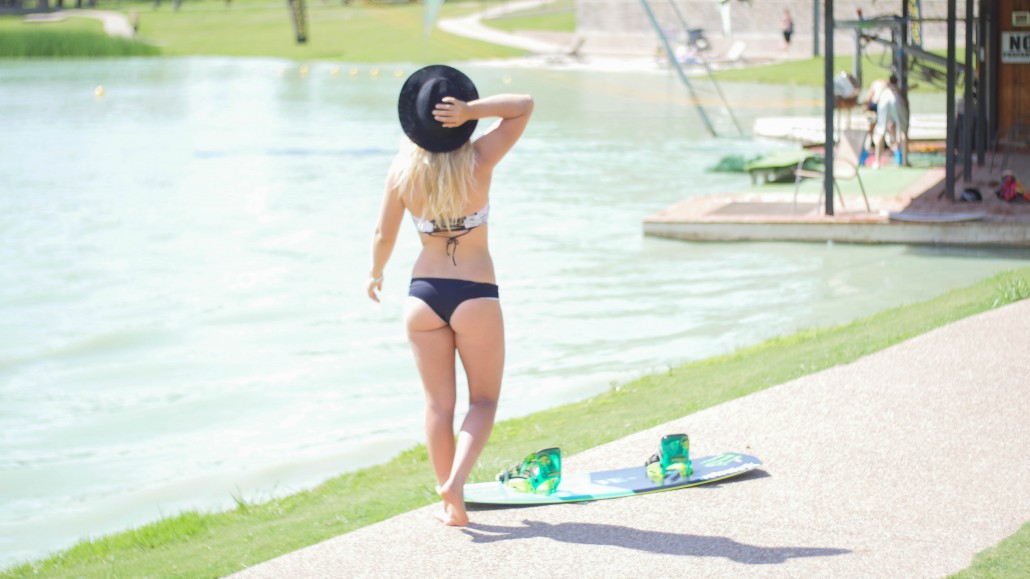 Thank you BSR Cable Park for always being so welcoming and amazing! I love coming here and I’m already looking forwards to the next time! Now back to Austin where we’ll be spending the week behind the boat! Seeing other girls kill it in contests always makes me super motivated to learn new tricks so now back to training mode!! By the way, how awesome are JB O’Neills photo skills getting? I’m making him not only do videos but practice on me, what do you think? 😉 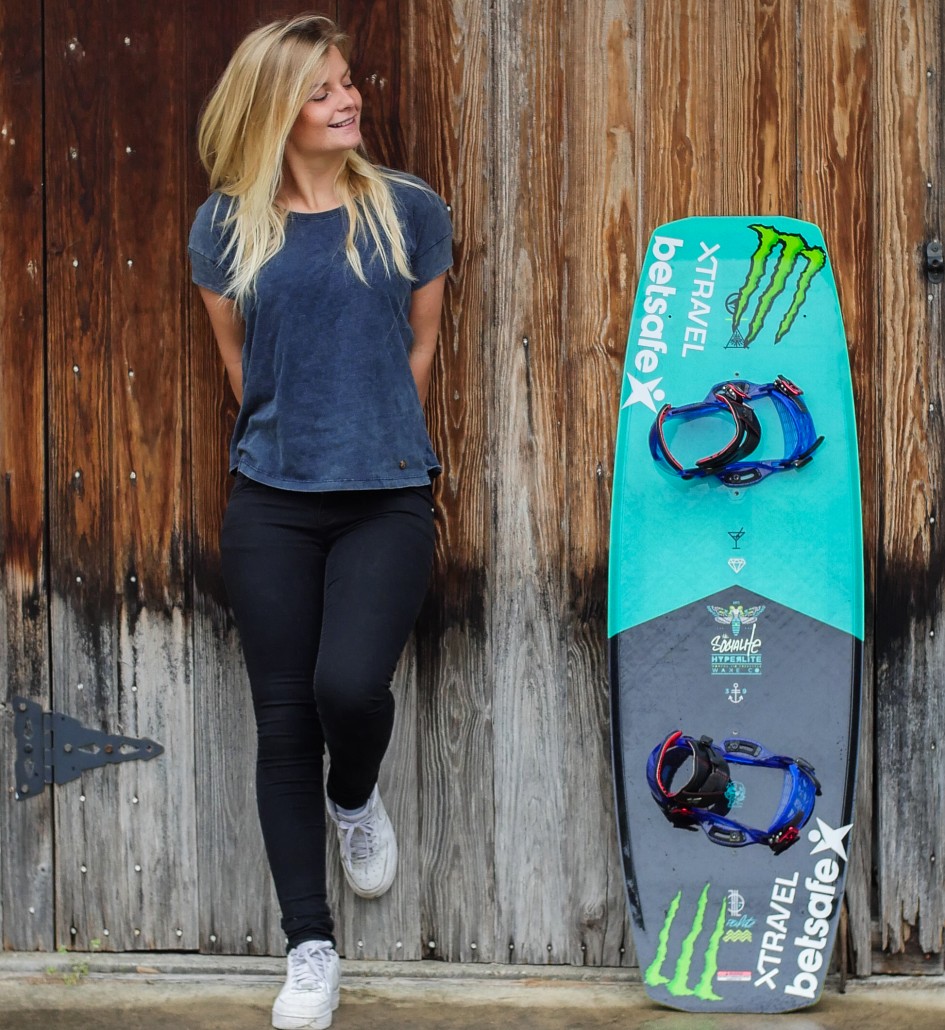 What can I say, the first US contest of the year was this past weekend, the Nautique Wake Open. JB and I decided to drive up from Austin to BSR on Thursday Night and after a good nights sleep I was excited to hit the water! After a stop at a local Starbucks we headed to the competition site early to watch little Rocker, who we’ve been riding with down in Austin, compete in the boys division. It’s incredible to see what the young riders are doing these days and rocker killed it, stomping his first ever Tantrum to Blind in a contest!

I was stoked to see my friends (and my competition 😉 ) again! Its always fun to just watch them ride and catch up on what everyone’s been up too. We got to see our heat and I must say I thought mine was particularly tough consisting of myself, Abby Delgoffe USA, Bec Gange AUS, Raimi Merritt USA and Dallas Friday USA. Luckily I was first of the dock, which is my favorite spot as I can just do my thing without having to change/plan my run according to the other girls. Things started off fairly well with my first pass going according to plan. I did feel like I wasn’t going as big as usual and for my last trick in the first pass, I landed on top of the second wake and fell. Trying to recover I started off being pretty nervous in my second pass and after missing the grab on my first trick, my mojo was way off and I fell on my second one. In WWA contests you get three falls but by now I had pretty much given up. I knew I needed to hit my bardest tricks and even if I did that I probably didn’t have a chance but I wanted to show the judges that I could do more than crash. Fair enough I got up and went straight into a moby dick, riding away clean and feeling thrilled I finished up with a toe 5.

After my run I just sat back and watched the other girls. Dallas ended up winning our heat with a sick run. Honestly it still feel really cool competing against her since I have a poster of her back in my room at my moms house from when I was 15. She’s always been someone I look up too and getting second in the heat, progressing to finals, was World Cup champion Raimi.

Sure I was a bit disappointed that I hadn’t nailed my run but at the same time, its just a contest and I know there will be more contests. I’m actually pretty proud that I got my sh#t together and didn’t give up. Congratulations to Meagan Ethell who ended up taking the win and to my Hyperlite team mate Raimi Merritt for coming second!! 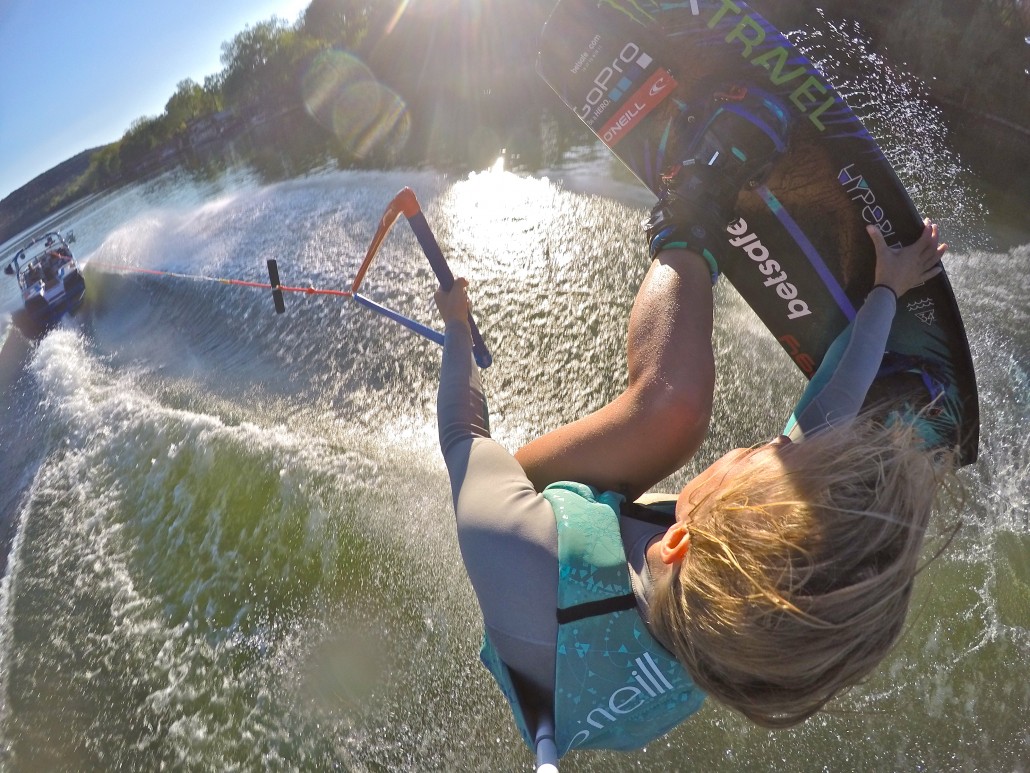 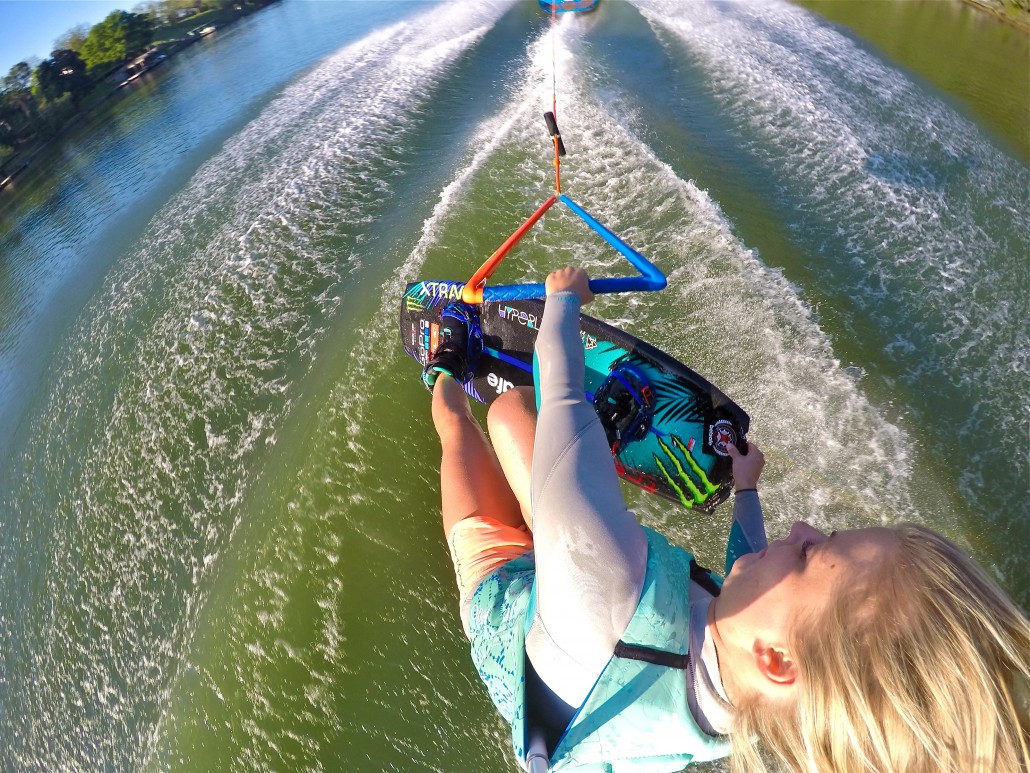 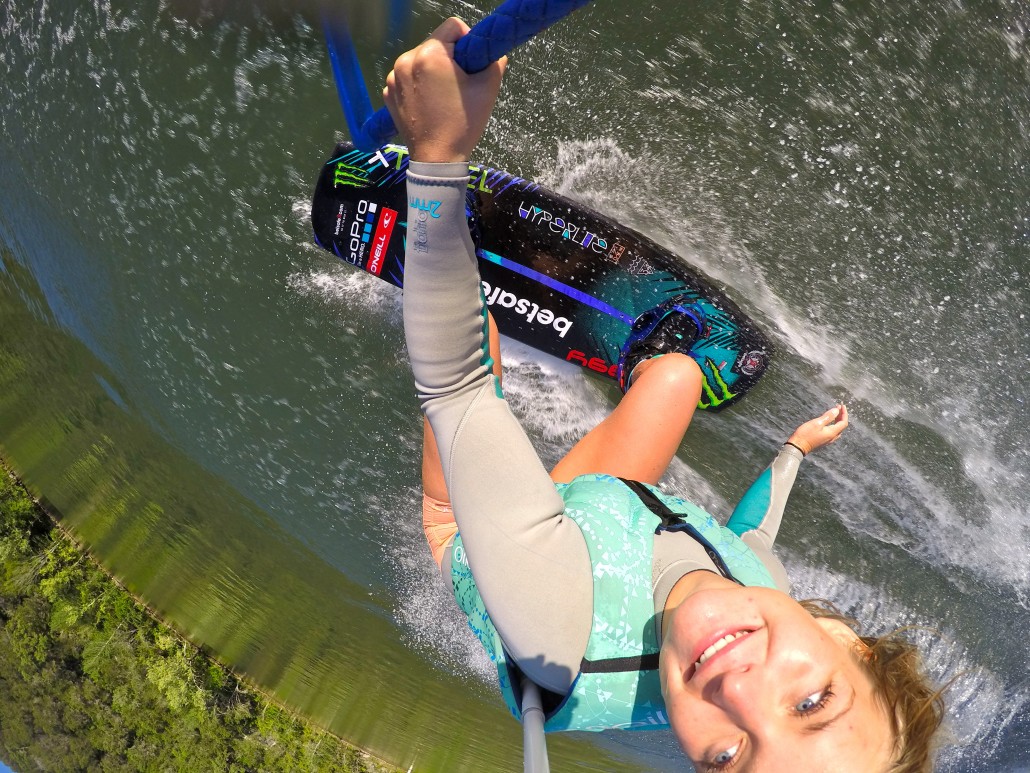 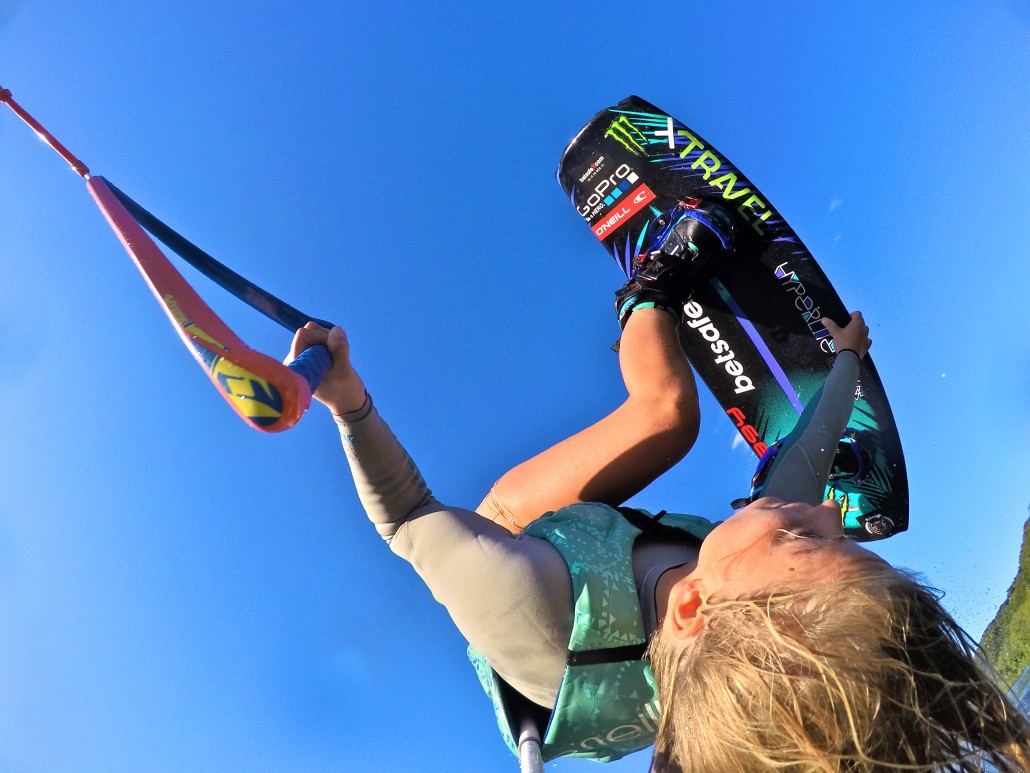 The other day I decided to try and play a little with my Gopro Hero4 and so I made my own little customized Gopole out of the Gopole Reach and I handed the remote control to JB in the boat and asked him to press the button every time I hit the wake.The pictures turned out pretty cool! 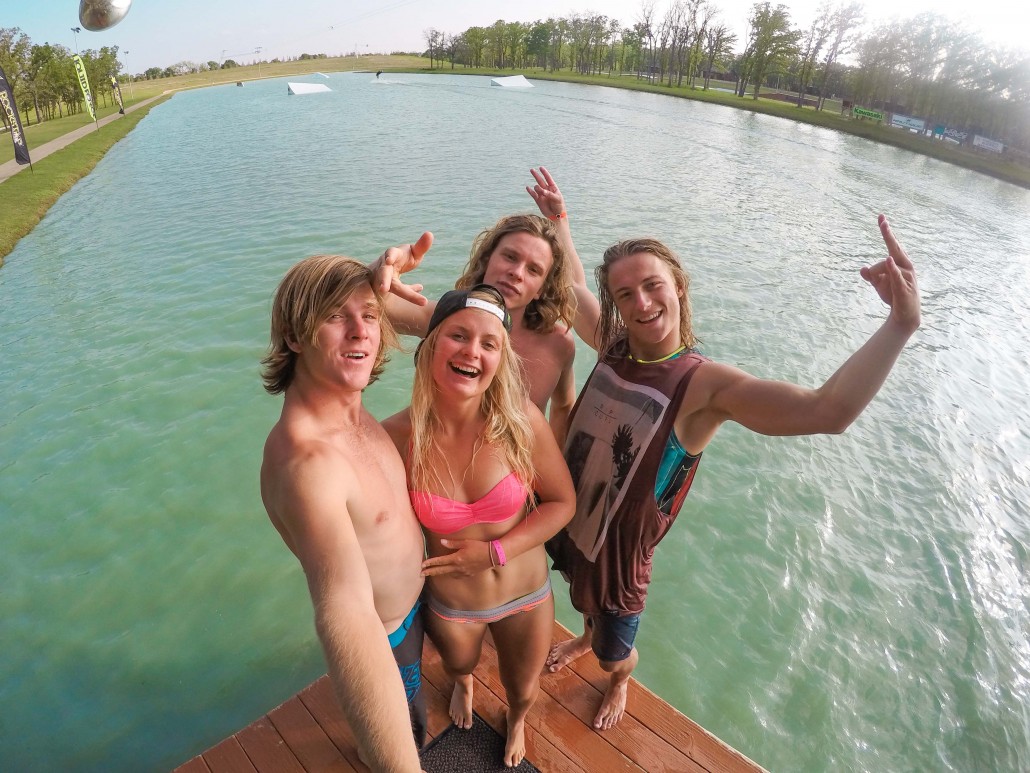 Thats how our 2 hour long drive to BSR Cable Park started. I’d already talked to my friends from the Swedish Wakeboarding High School (Wakeboard Gymnasiet i Fagersta) who are spending 4 weeks of their pre-season training here in Texas and they we’re stoked to invite us to hang out with them!

It almost feels like too much of a flashback to five years ago when I was in this school and I’m so excited that there is such an opportunity in Sweden. We’ve been riding cable, having big breakfasts and laughing at all the little games the students are playing all the time! It’s so fun to be able to ride both boat and cable this close to each other do I even have to mention that I’m in love with Texas? 🙂

So in love with the graphics of the brand new Hyperlite Socialite, the first ever women’s cable board from Hyperlite! Can’t wait to take this babe for a spin 🙂

Soo impressed with the level of female wakeboarding today! Check out this shredder Anna Nikstad as she becomes the first girl to land a Pete 5!! 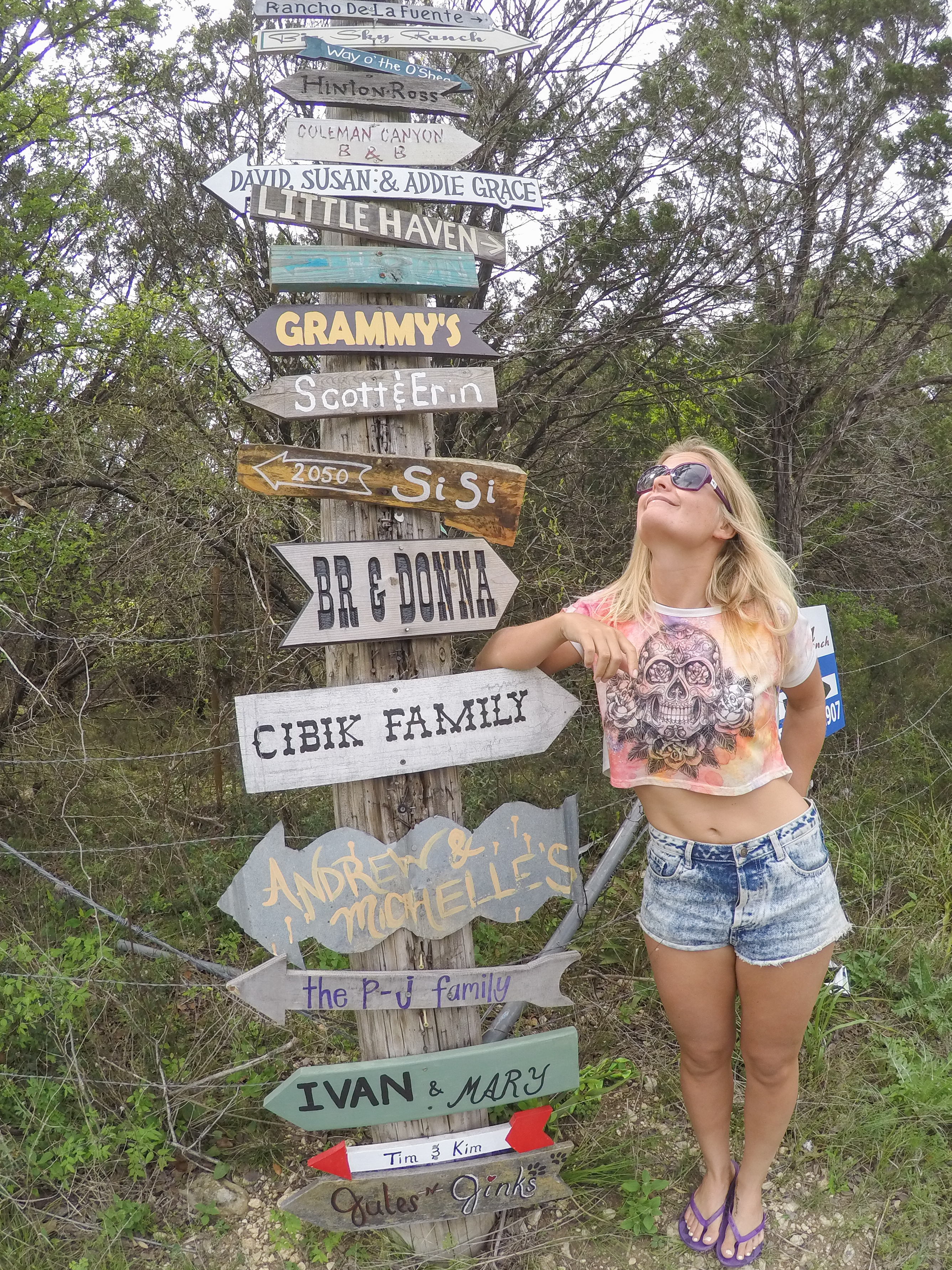