Today I arrived safe and sound in Indonesia after a LOOONG flight. Unfortunately, my bag was not so lucky, but we’ll get to that. From Stockolm to London to Singapore to Palembang my trip took about 26 hours but now I’m finally here. On the flight from London to Singapore I ended up with 3 seats and got to watch the new Batman movie! (Love it!). When I was leaving my flight I noticed a guy with a mastercraft hat who ende  up being one of the skiers and he was also traveling through to Palembang. I hung out with a couple of the skiers and even got in to one of the lounges thanks to one of them.

It was when I arrived in Indonesian my stomach turned into knots when my boardbag didn’t roll out on the belt with the others. In that bag I have, not only all my equipment (including board, bindings, bikinis, vest and rope) but also all my clothes!  I pretty quickly had 5 Indonesian guys helping me fill out a form but they didn’t have a computer where they could look my bag up for me. I have no idea where in the world it is or when it will get here so I’m probably not going to get it before my test run tomorrow. Thankfully Raimi has offered to let me borrow hers for tomorrow but it still wont be the same as having my board.

I really hope I will get it before the competition starts or this is going to be a one of a kind world cup for me. The hotel staff and the organizers are doing everything they can to find it though so maybe I’ll be lucky? Anyways, here’s a photo of my hotel room, the warm bed looks very tempting after a days flights. 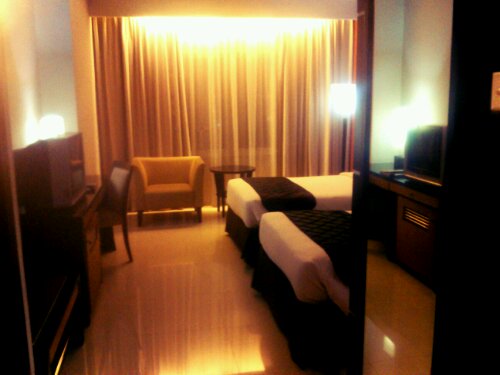 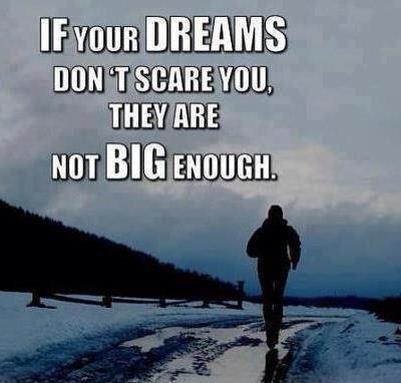 Leaving for world cup tomorrow. I’m a little scared about heading down to Indonesia alone to compete against all these great riders. I feel like I’ve already won something by just getting the invite. Lets do this! (: 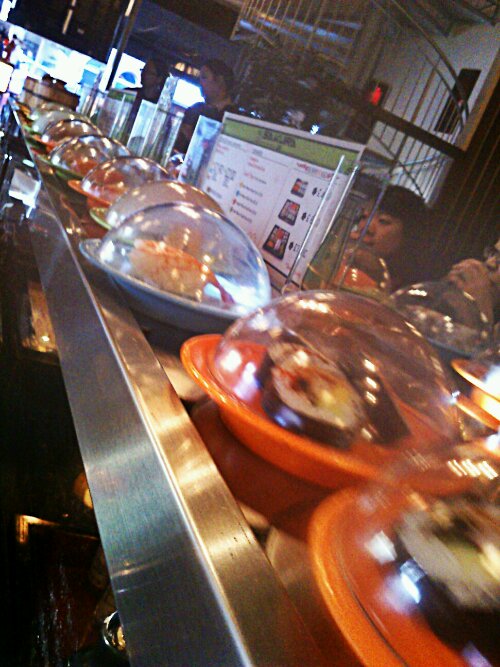 Sorry about the bad update this week. I’ve been taking life off for a bit and just enjoying time with my BF. Today we had sushi with his sister, went to the titanic exhibition and shopping again. I feel really happy and ready to head to World Cup on Wednesday!! (: 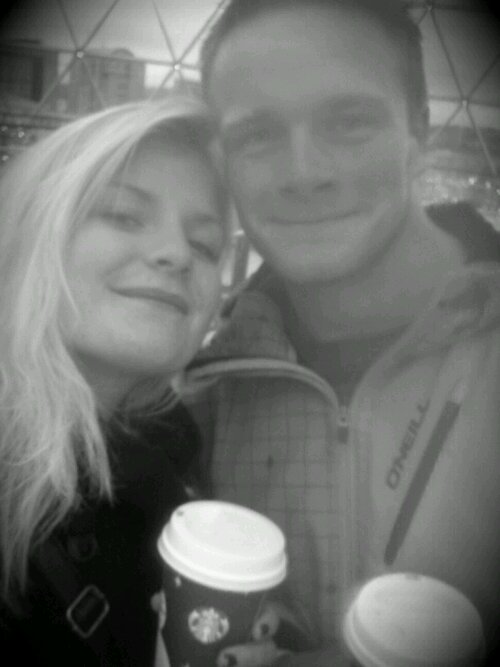 As most of you might already know, the IWWF Cable World Championships just took place in the Philippines. The Swedish team did really well but I was surprised to see that one of my closest friends Mattias Hoppe scored zero points in his Open Men semi final. Normally even if you ride and crash of the starting dock you will receive 0.1 as your score or similar so my only conclusion was that he must have not started in his heat. Today I got the answer to what happened.

The Hoppe brothers are known for their incredible tricks, their style and their great videos. After Jeremia was eliminated from the Worlds in his junoir men semi, they disagreed with the way the judges had scored the heat and Mattias as a protest didn’t ride his heat the next day. To read more about the situation see the Breddas Facebook Page.

The first thought that hit me was how disappointed I was that Mattias did not ride his semi because I really thought he could take the title of becoming World Champion. Then I read his motivation for not riding the semi’s and I full on agree with most of his points.
Basically he’s saying that the cable competitions are taking a weird direction where the difficulty of the tricks are almost non exist-able while  the judges stare themselves blind on perfection in landnings and a variety of tricks. This makes the riders change their runs to fit into the template of “how a run should be” rather than being creative and taking a chance. When I watch a cable competition I like to see the Breddas ride because they always bring something different to the table and I think that should be rewarded. However I do also think that the old school way of looking at it has a point too.

For Example:
To me, the rule that if a rider lands on his back or stomach and still manages to get up (which you would probably never do behind a boat) the trick shouldn’t count. But I still believe a double flip with a messy landing (with a little butt check or a couple of hands in the water) should still score higher than a perfect singel flip of the same trick.

Maybe there is a way we could rewrite the rule book if wakeboarding would get into the Olympics and make it more of both parts?

I don’t think Mattias went about the right way of doing this since I would have loved to watch him ride and I also feel like he is throwing away the money and support the Swedish waterski federation has given him by sending him across the globe to represent our country. There has got to be a better way to go about with this than to refuse to ride? I’m also worried how this will now effect Mattias’ relation with our federation since I like having him on the team and don’t want to see him banned from future events. On the other side I can see people in Sweden who would give their right arm for a chance to represent us in an even like this. It’s pretty arrogant by Mattias not to ride when the spot probably could have been given to someone else who would have love to go there and given their 110%.

To sum up, I agree with most of the cause but not the action. Boat rider for life 😉

ps. I’d love to read your comments on where you stand? 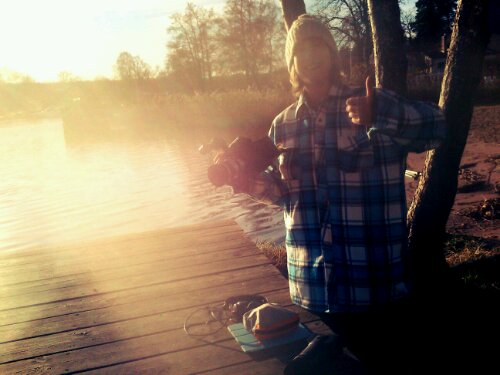 In sunny Stockholm filming a Betsafe interview with really talented Crill Kristiansson. Sometimes Sweden is not so bad. (:

Trying to pack for Ireland, World Cup and 2 months in Australia at once. Not doing so well, kinda looks like this: 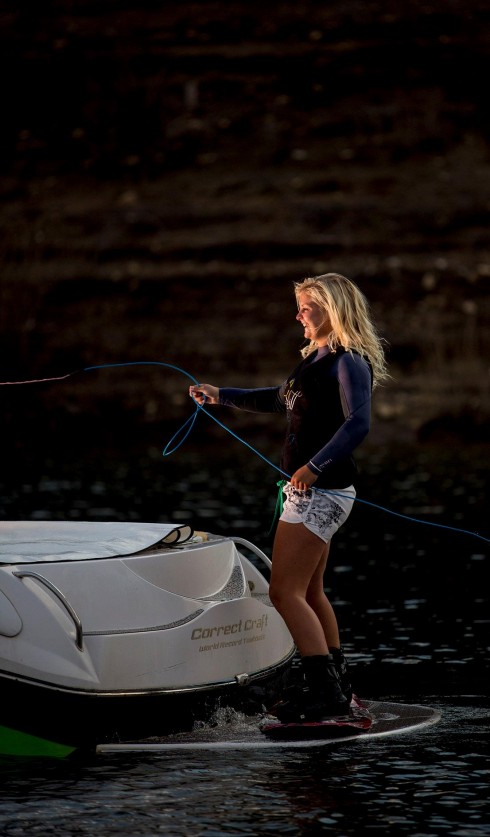 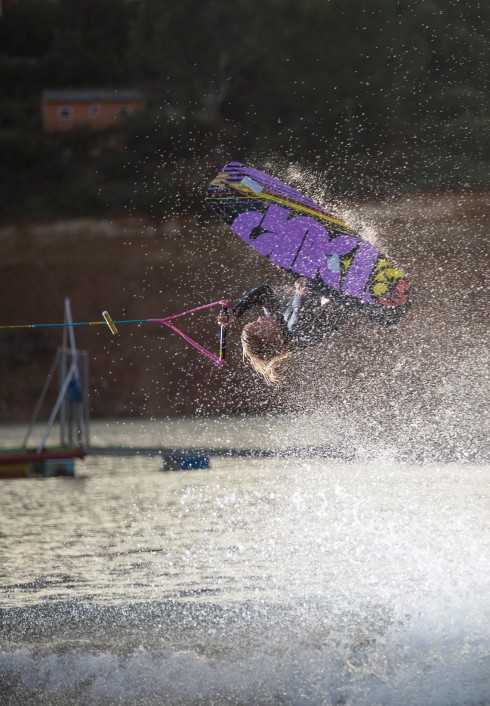 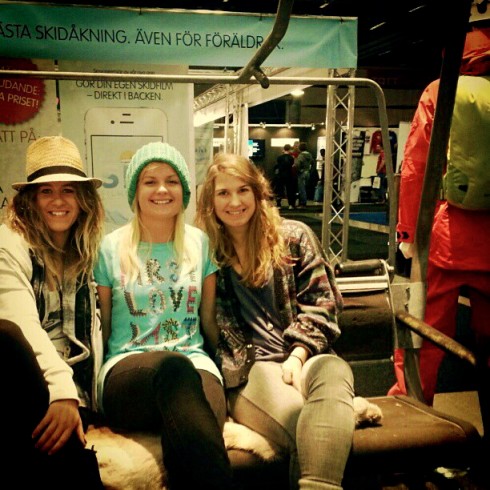 The winter show at the Stockholm fair was this weekend. Snowy pictures, snowboard films, Big air bags, After ski and hot cocoa. Since I wont get any winter this year it was fun to at least dream a little bit about it. 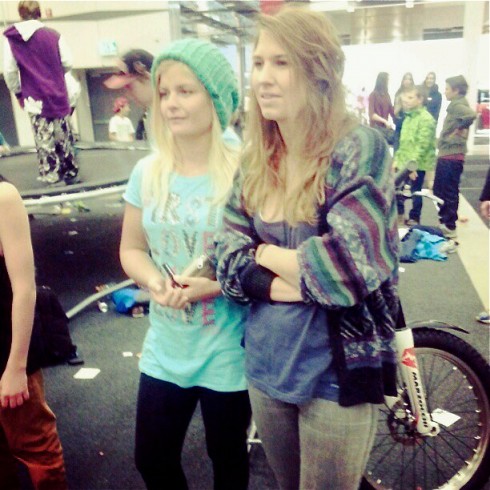 Trudi and I looking intensely at something? haha 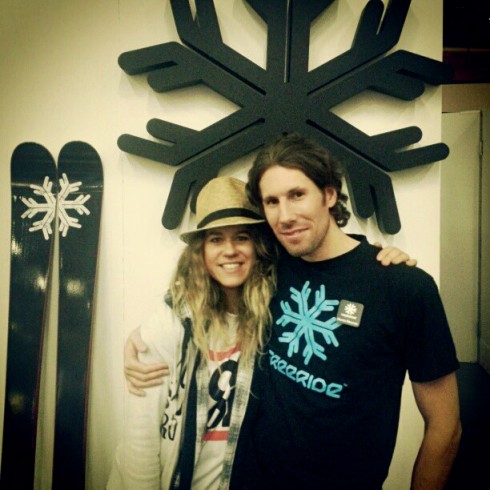 Erika and Martin from Freeride. Big thanks for getting us tickets! 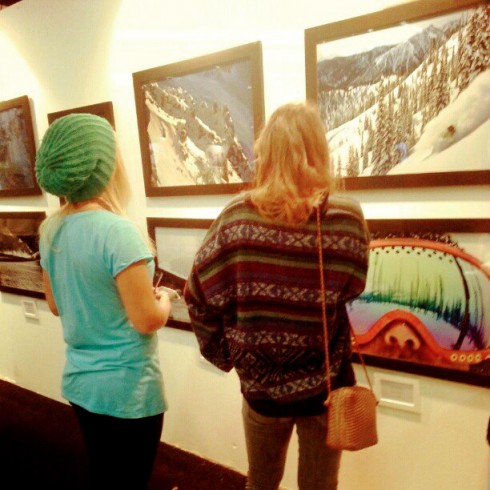 I just started instagraming so follow me as “Wakecarro” (:

Big congrats to Anna Simlund who became world champion in Cable Masters Ladies yesterday! Soo cool that someone from Sweden won and Anna shredds! Also congrats to our wakeskating boys, Oskar for 5th place and Erik for 6th. AND David who got 2nd in Masters Men!

I look forwards to the live cast tomorrow! GO SWEDEN (: 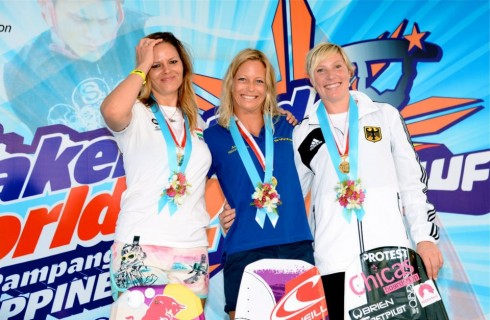