Surfed a lot today again, the waves were smaller today so the coaches taught we should have a work out sesh instead so we had a paddling contest. We had to run with our boards down to the water, paddle out and around one of the coaches and then catch a wave back in and run up so that the next one in our team could go. After doing it I was not sure if I had air or salt water in my lungs but we just went out and kept surfing. After another couple of hours we had lunch at this cozy restaurant by the sea. 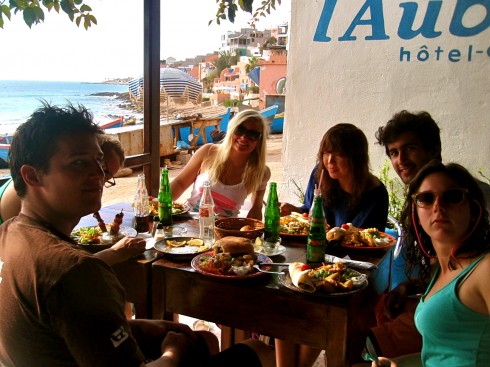 Now we’re about to go to sleep and my stomach hurts from laughing so hard with the rest of the guys as we played games after dinner. Hopefully we’ll do some surfing before breakfast tomorrow (: