HOME
You are here: Home / Life / Got Shanghaied

So last night I met a bunch of people in the lobby and we started playing some drinking games. First with Australian rules and then with american ones. It was a great group! We decided to go out and the two Australians knew a canadian bar so I ran up to my room to grab some stuff. While in there I met another guy from the States so I was just like “Hey, whats your name? .. Cool you wanna go out with us?” And he came along too so just had so much fun. Beers are like 10 yangs for one and they’re huge! (Like 750 ml) We got in two cabs and went to the canadian bar where we kept on drinking and partying. We were pretty much alone in there except for maybe 10 other people but it was good fun anyways!

After that we grabbed another cab and went to a nightclub. Even though it was a tuesday there was a bunch of people there and I met a dude from Norway so we started speaking Swedish/Norwegian to each other. Then I went to the bathroom and when I came back, there was no sign of the others. I went outside to look for them but couldn’t find them anywhere. Later I heard that they were looking for me too. Anyways I tried to get a cab but no-one understood english so that was a crazy moment for me before I finally found a cab driver who got me back to the hostel in one piece.

I just woke up and are about to go downstairs to eat breakfast and I guess I’ll be chilling here for a while before leaving to the airport. I love how easy it is to make new friends when you’re traveling! 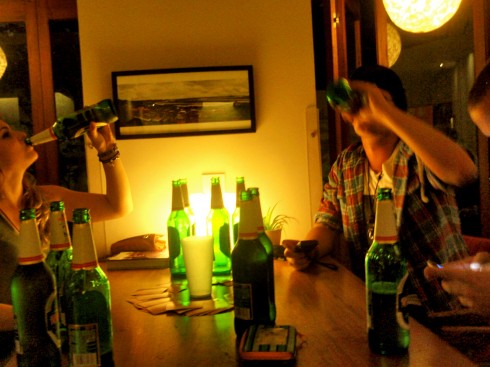 Drinking games in the lobby! 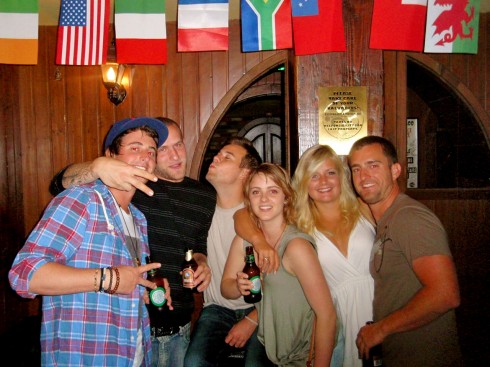 the gang at the canadian bar 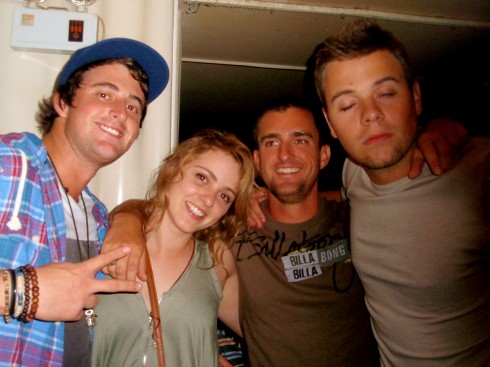 and at the night club 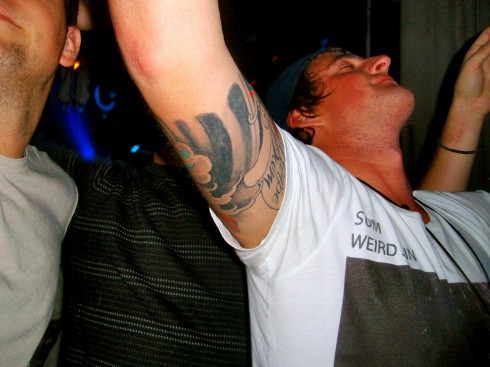