I moved out of the awesome house today ): Such a sad day but it has been awesome! I woke up at 8.30 and went to get some breakfast with Trudi at Panera. Then I packed all my stuff into Terry’s car and we drove over to Holden and rode with Abby. Today really was a tantrum day cause we were both trying to get the grab on our tantrums. Prob made like 100 tantrums all together today. After riding and tanning on the boat for a couple of hours we went and picked Trudi up to go to Wake Games. Watched the double up contest where Harley totally stomped his grabbed heel 9. After watching the prize ceremony (good riding Amber) we went to get some Chipoltley. SOOO awesome that when I asked for extra guacamole, the dude hit me up good! I was so stoaked on that Burrito.

After that we went to chill on Abby’s dock. Playing guitar and hanging out in the sunset. So cozy! The other dudes went to a keg party on Clearlake but I’m so tired and we’re getting up early to shredd tomorrow so I went back to my couch here at Abby’s. Planning on sleeping sooo good right now. 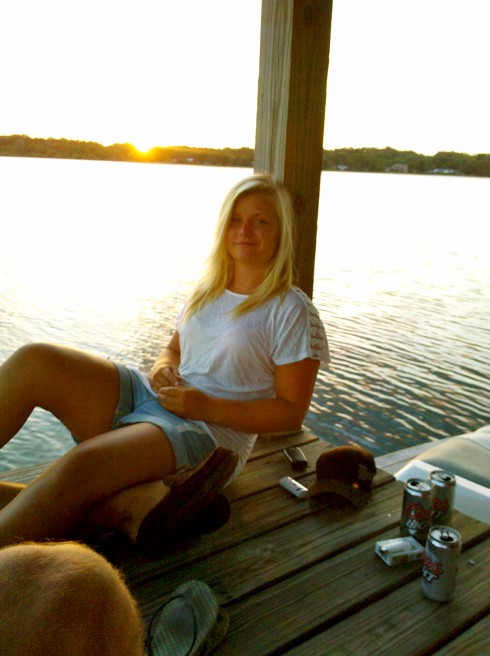