We went up early today to cheer on Ken and Mattias in their LCQ’s to fight for the last couple of spots in the Semi’s. Ken had a sick stand up pass with Heel 5, whirly, Nose glide, batwing and much more! He stomed about 3 tricks more than the others did so it looked promising. We still havent gotten any results yet but we keep our fingers crossed!

Mattias ended up in the heat with Nikiti from Russia who had a sick run with several mobes and a hs 720. This ment that Mattias had to try and give it all he had in order to make it through since only the top rider in the LCQ from every heat goes through. He started off good with a sick rail hit, whirly and scarecrow but then went down on a massive 313. On his pass back he landed a big worm and then went down on his heel 7 which means that he’s prob not going to go though to the semi’s.

Well have to wait for the results but the team is kicking it now and Me and Mickan (who aren’t competing today) are going to try and go out for a sesh with my newfound south african friends! Catch you later, Ted is riding at 5 later tonight! 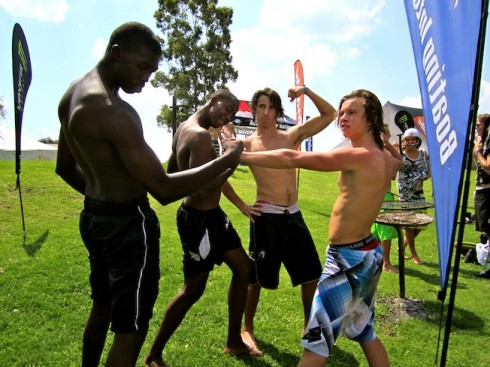 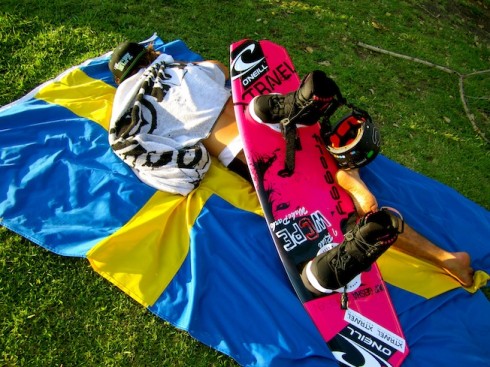 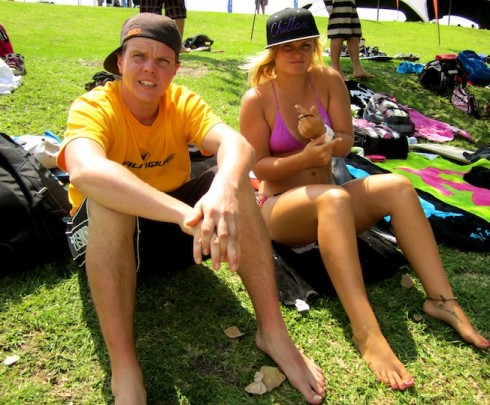 Finals on Saturday! Time to sleep before the finals
Scroll to top