The other day my friend, who happens to be a physio, Ella came over to have  a look at my ankle. After a few stretches and a bit of massage she asked me if I’m scared of needles. “To death!” I replied but after a bit of convincing she pulled out her sterilizing kit and a bag of acupuncture needles and start to stick them in my calf. The reason is that my muscles have been so clenched up after the accident since I’ve been walking really weird to try and relieve pressure from my ankle. She left them in for about 20 minutes and we kept chatting away, even though it felt really weird with needles in my leg. It didn’t hurt but just a really weird feeling. After a few minutes I could feel some of my muscles starting to twitch and some of them just letting go and turn really relaxed. The day after my ankle was so much looser but there is still one spot which holds me back. She’s coming back today so hopefully we’ll work on that (: Thanks Ella, you’re amazing!!! 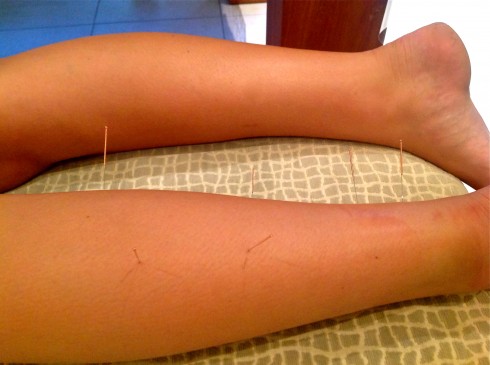 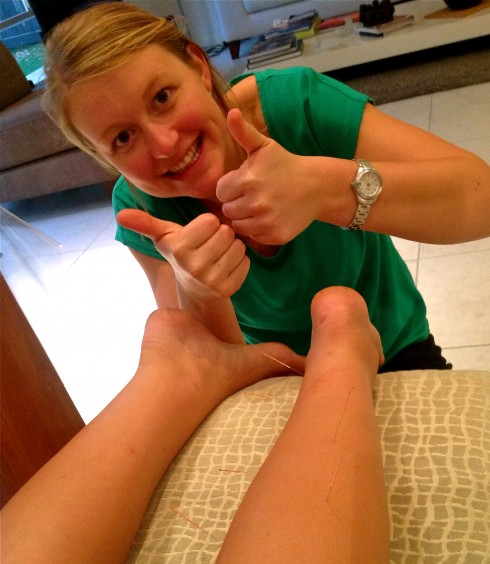 Wake in the Olympics Sundays
Scroll to top